My week has been a little nuts. (How about you?) One of my girls broke her pinkie toe. You know how they say all you can do for a toe break is buddy taping? Not my girl. She actually has to be in a boot for 4-6 weeks.

All that is to say, my “alien life” week has not gone exactly as planned! But, I finally have the finished dessert table to share with you! If you’ve been following along, this is a “use what you have” party. I’ve spent $6 on ribbon and pie tins, $18 on food and $28 for cake pops for a grand total of $52. My inspiration, of course, was the Mars rover landing.

The look is Hollywood B-movie alien flick, which accounts for the low-budget approach. It was fun working with tin foil! (See the banner tutorial here and the backdrop tutorial here.) 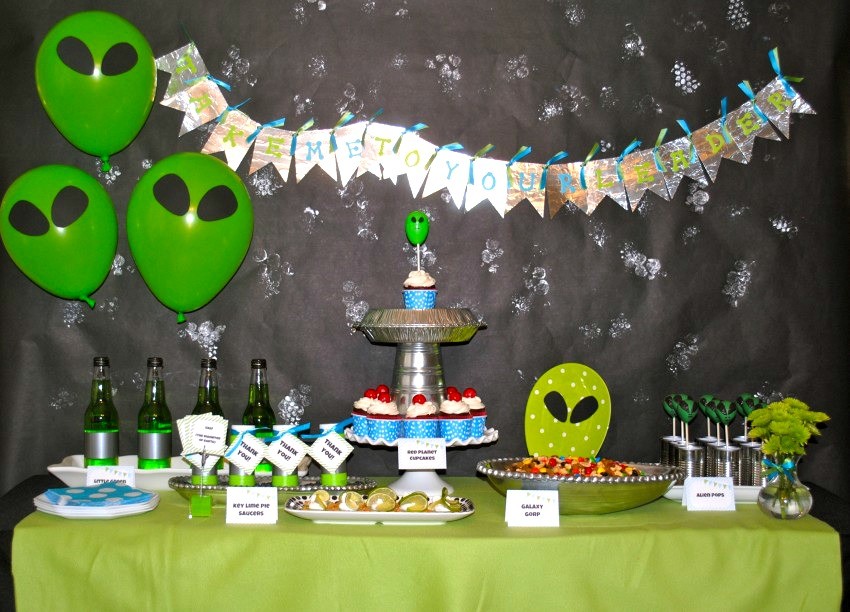 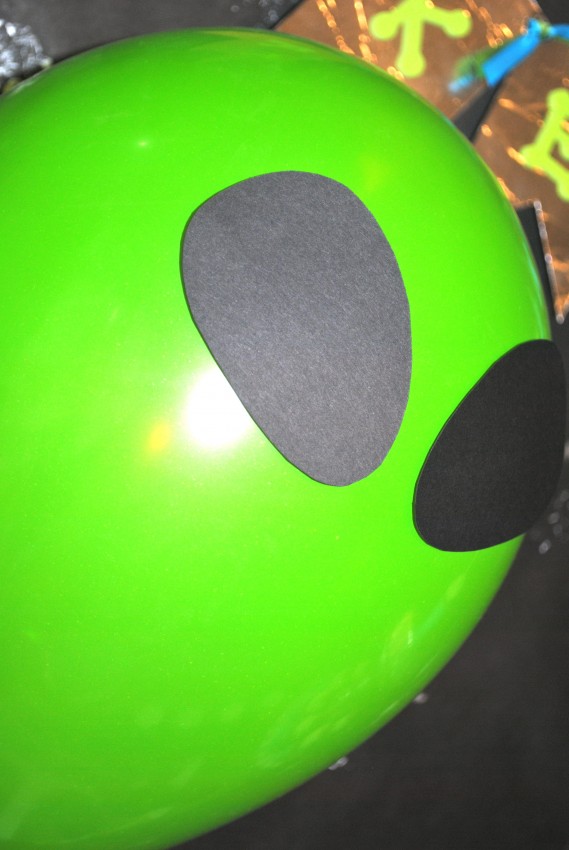 The tin foil banner reads, “Take Me To Your Leader.” 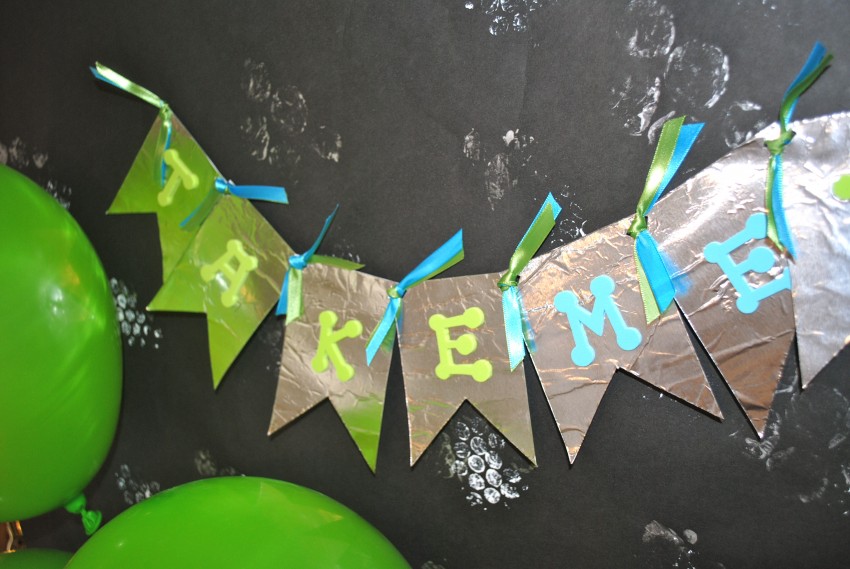 The “little green man” concept continued with our cupcake centerpiece. I took a plastic Easter egg, drew on a Martian face with a Sharpie, and poked a hole in the bottom for the lollipop stick. Instant cupcake topper! He sits on top of a spaceship made by gluing two disposable pie plates together. 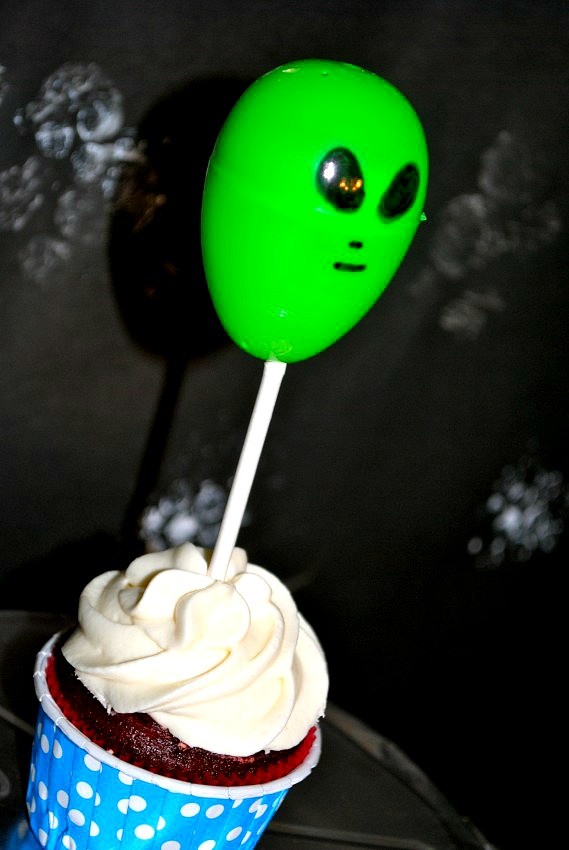 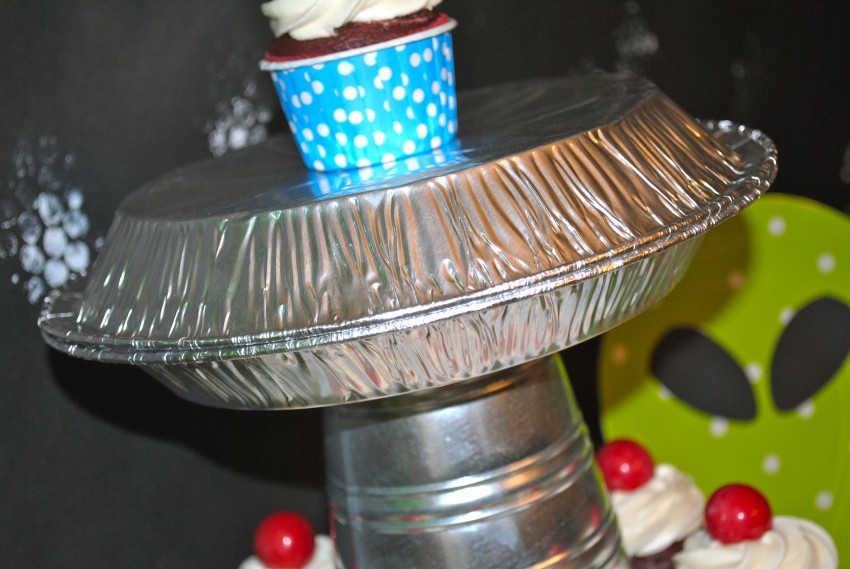 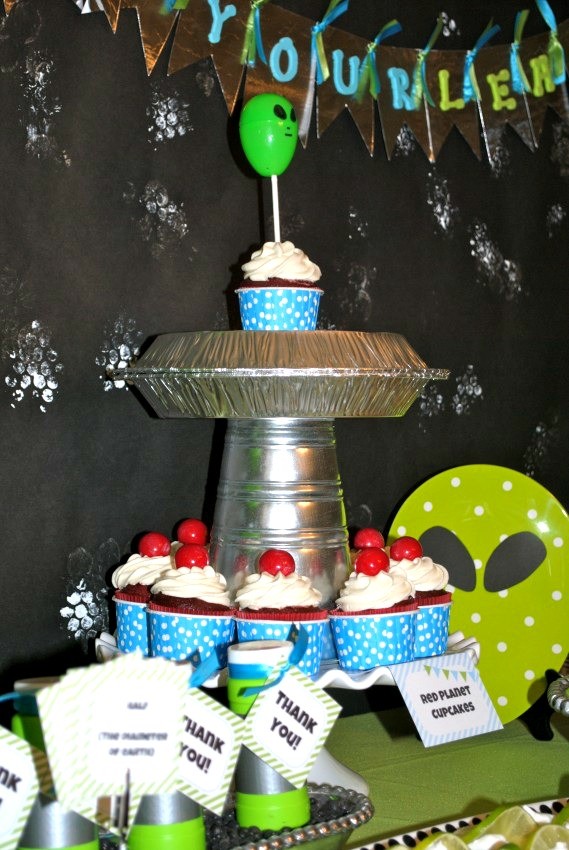 One of our Easter plates also became an alien friend. 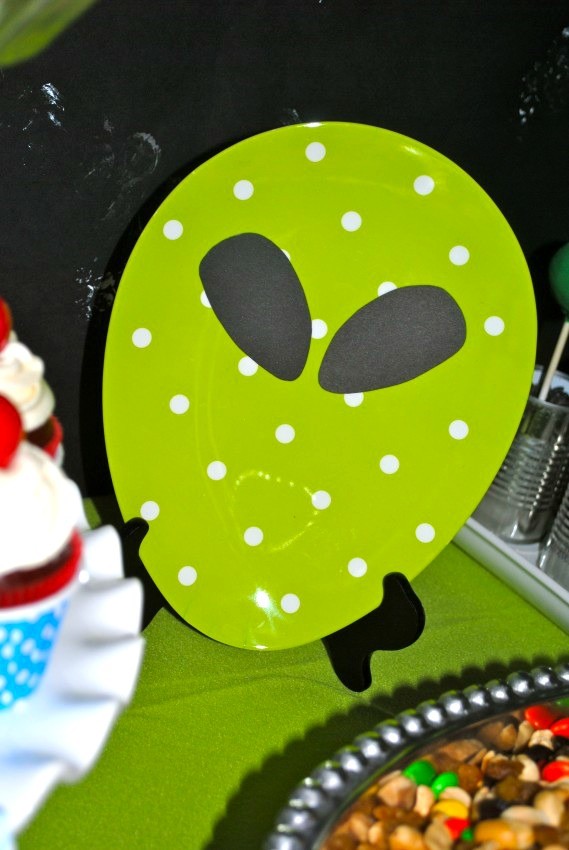 But my favorite aliens are these cakepops by Cakepops by Jen! How perfect are these? A little Martian army, marching across my dessert table. Each one stands in his own “body armor” (tomato paste cans filled with dried black beans). 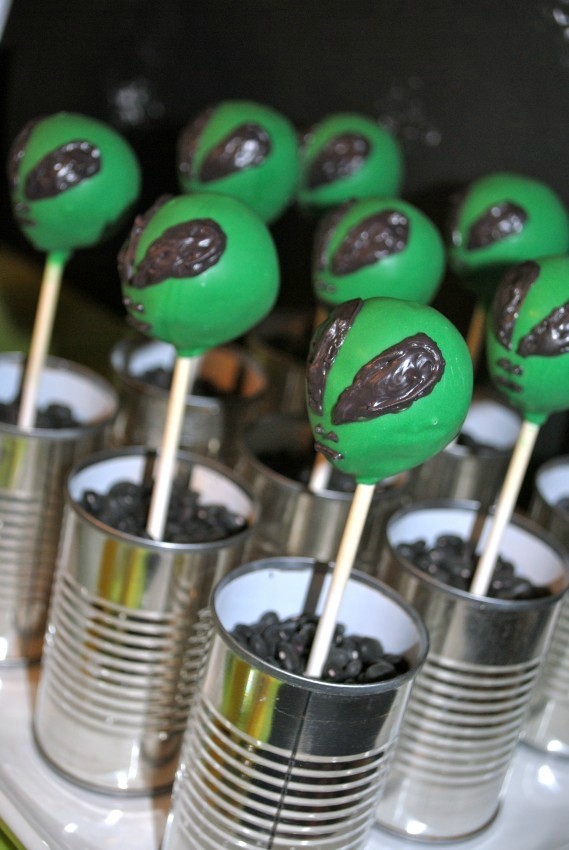 Other sweets included Galaxy Gorp (peanuts, golden raisins and M&Ms). All the printables are by Green Apple Paperie via Catch My Party. 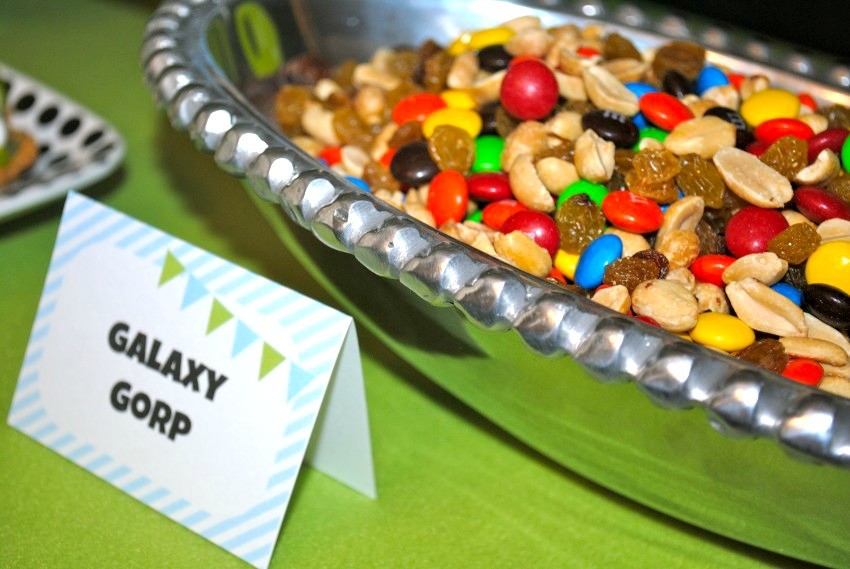 I made key lime tarts. 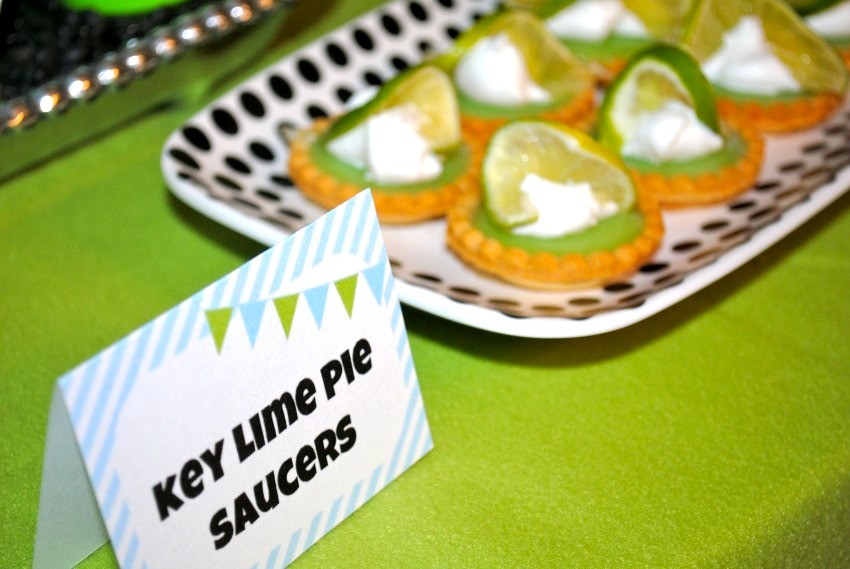 And our cupcakes are from Sugar Sugar Cakes. Inspired by the red planet, Roxana whipped up some yummy red velvet cupcakes and I just topped them with red gumballs. 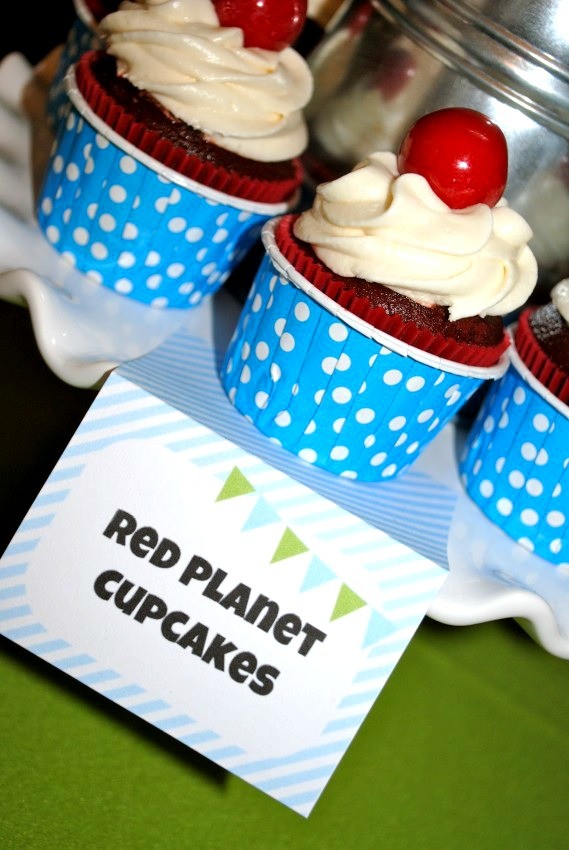 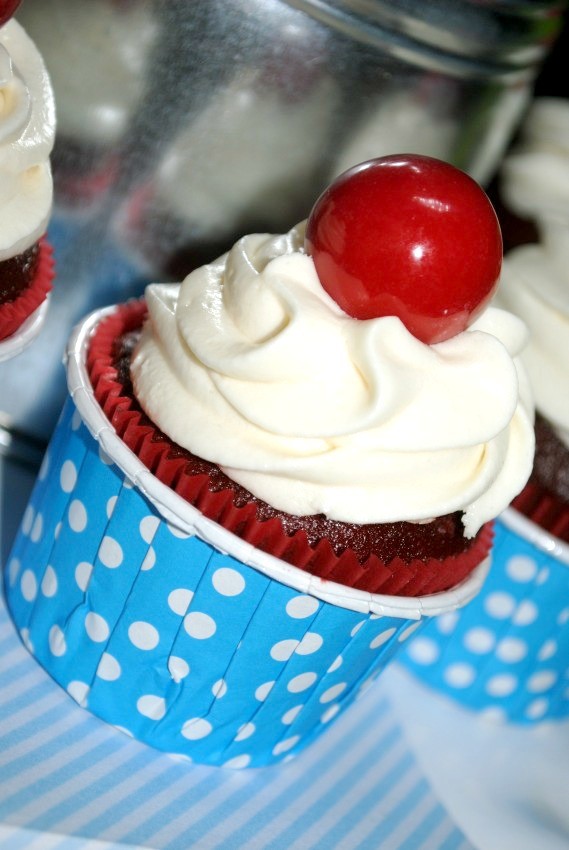 Drinks were Jones Soda green apple soda, wrapped in duct tape. Usually, I would line my platters with scrapbooking paper, but I liked this clean look. 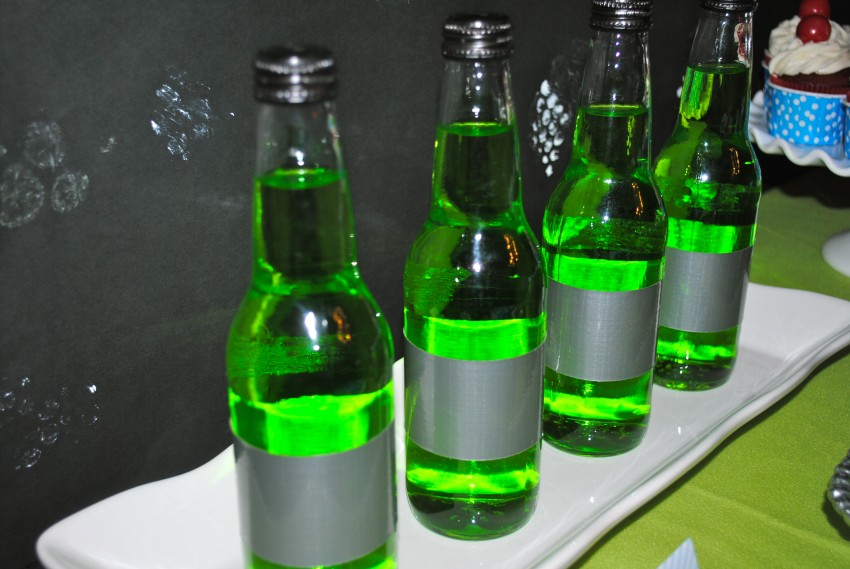 Who knew mums came in green? 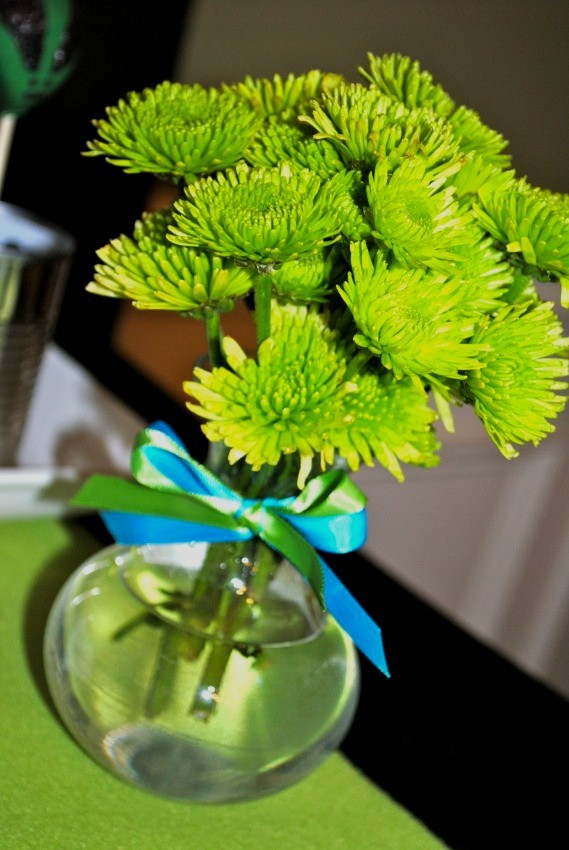 I included some Martian trivia. Each card has a different fact about Mars. (Did you know that a Martian year is about two Earth days, but their days are only about 30 minutes longer than ours?) If you wanted to add a party activity, how about saving old cereal and other boxes and letting the kids build their own Curiosity rovers? 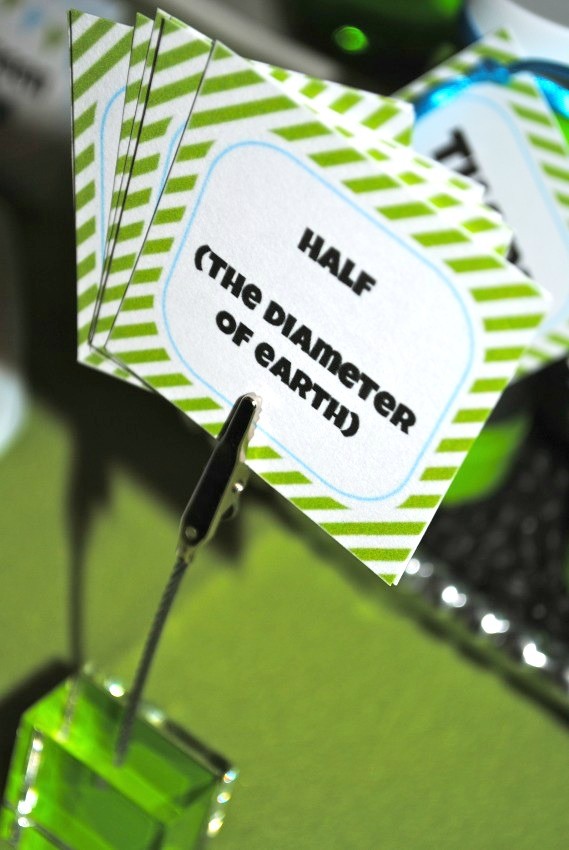 Our party favors were green bubbles that I wrapped in more Duct Tape and then added a thank you tag. (Use PicMonkey to personalize your printables: see here.) 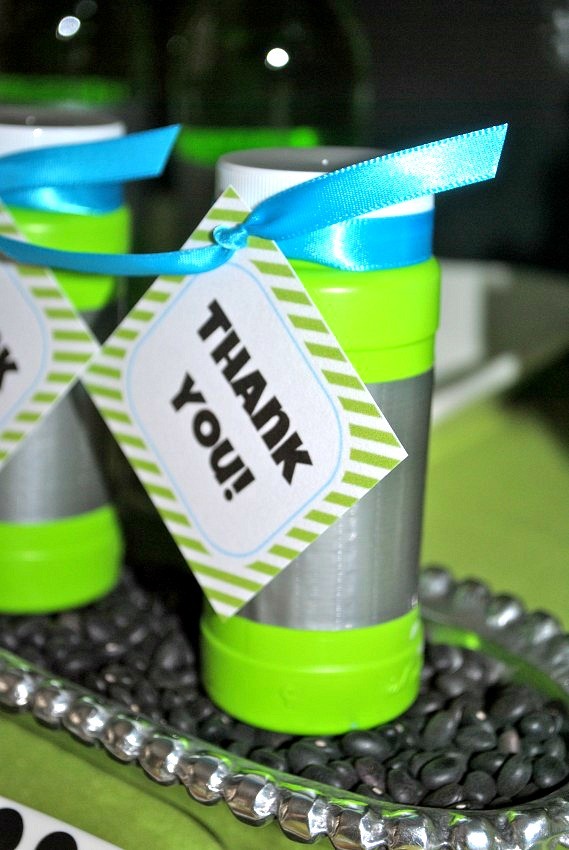 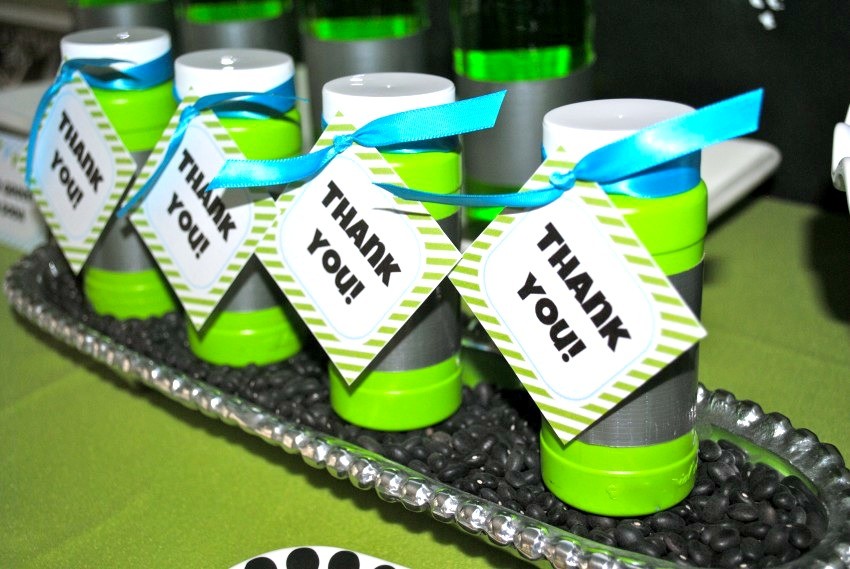 I hope you enjoyed my alien life dessert table! It was fun to pull it together quickly and on a budget. Here are some budget tips for your next bash: