One of my party photo shoots in the works is a cowgirl/cowboy theme. So I had an idea for a cowpoke banner that I thought would be cute and went ahead and made it today. When’s the party? Who knows? But my banner’s ready! 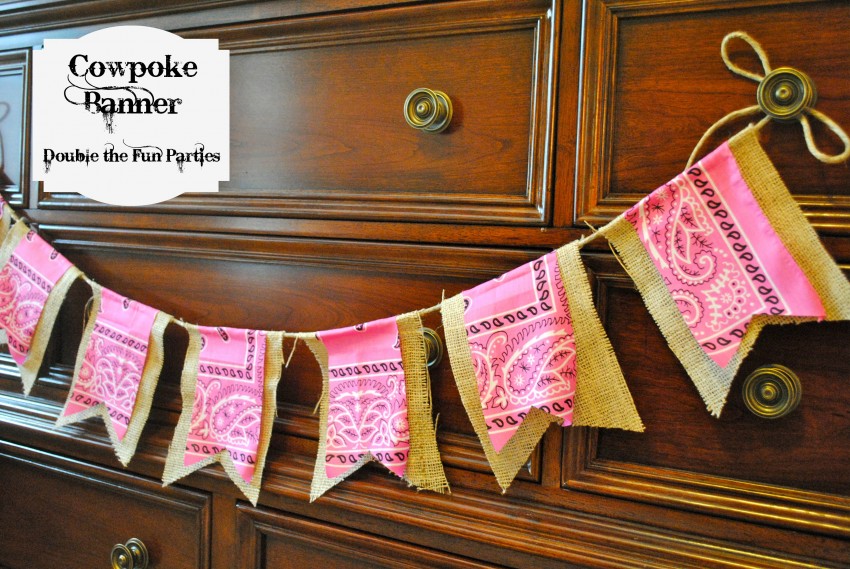 This project is easy and inexpensive. You could stitch it, but if you’re like me and don’t own a sewing machine, it’s also easy to complete with glue.

1. Cut out a template for your burlap banner flags. Mine was 6″ x 8.5.” Cut a notch in the bottom of the flag. Cut a template for the bandana flag. Make it 2″ more narrow and about 1″ shorter (4″ x 7″) than the burlap banner flags. Use the triangle that you notched out of the burlap flag to create a notch in the bandana flag template. 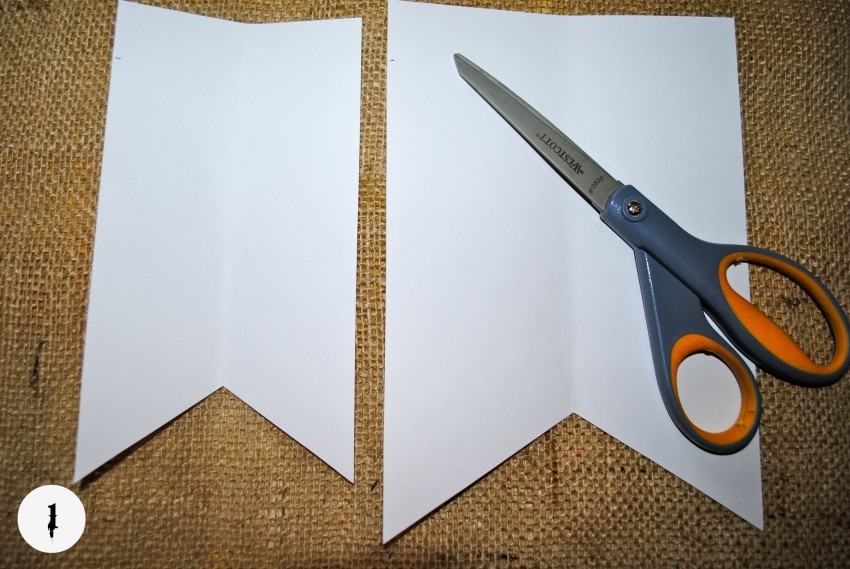 2. Use a Sharpie to trace seven flags onto the burlap. Cut those out. 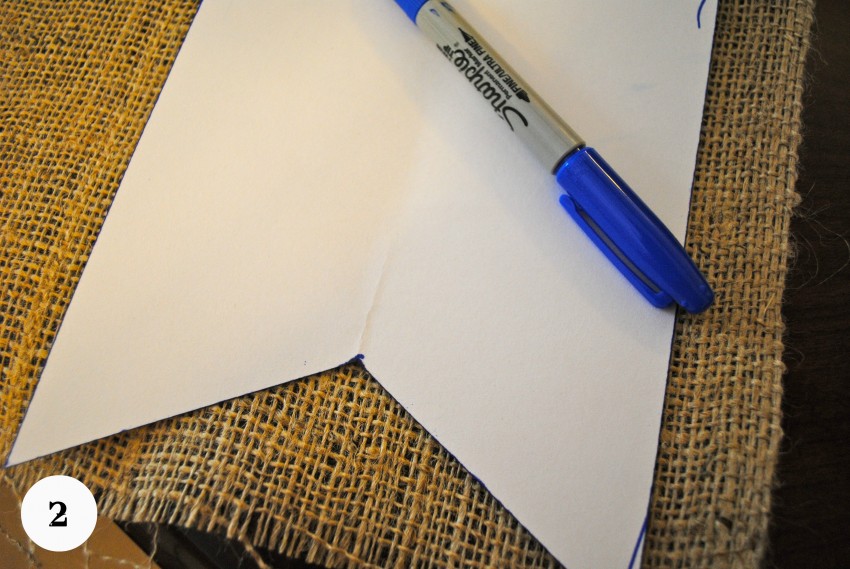 3. Use a Sharpie to trace seven flags onto the bandana. Cut those out.

4. Unroll the jute twine. Setting aside 24″ of twine, run a bead of glue along the twine and press it down on the top of a burlap flag. Add more glue to the other side of the twine and roll the burlap around the twine. 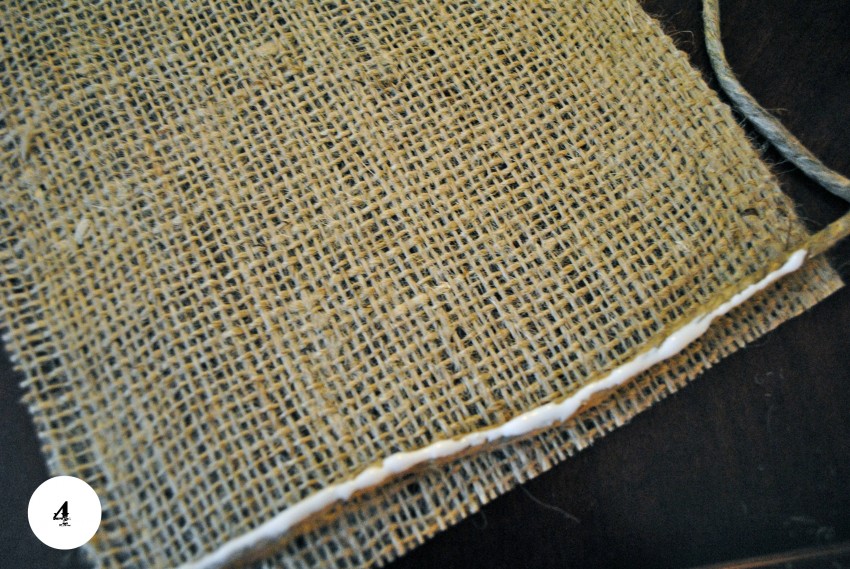 5. Put a line of glue along the top of the bandana flag. Roll it around the burlap wrapped twine. Repeat, allowing 1″ in between flags. After the last flag is glued to the twine, allow 24″ of twine for your tie. 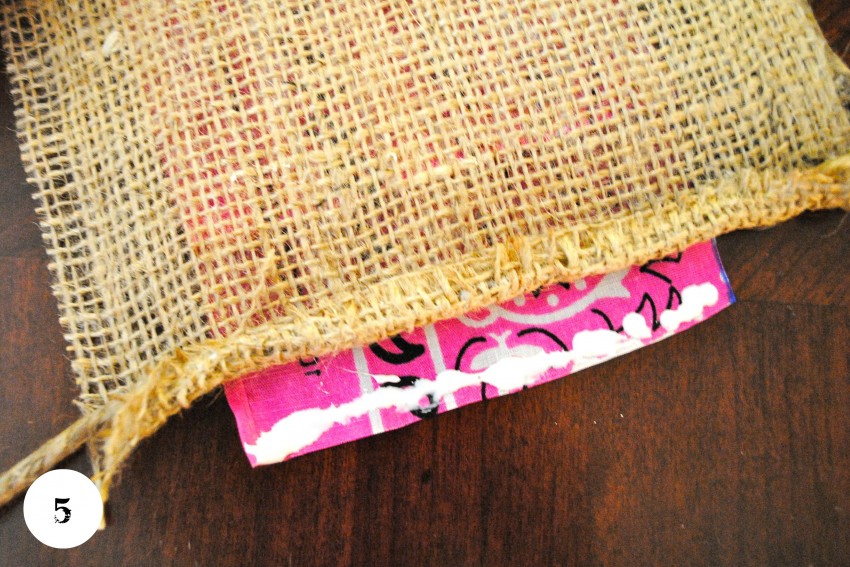 I like using an uneven number of flags because then you always have one flag hanging in the center of your banner. I used seven, but you could create as many flags as you like.

I left the burlap edges rough because I thought that look fit my theme. You could stitch the flags for  a neater look, if you prefer. You also could use a dab of glue on the corners of the bandana flags if you don’t want them separating from the burlap flags.

It also would be cute to use scrapbooking letters or die cut letters to spell out a word on your banner. I know I’ll have a printables banner that reads, “Happy Birthday.” So, maybe I’ll make this one say “Vittles” or “Chow” or something other cowpoke-ish. 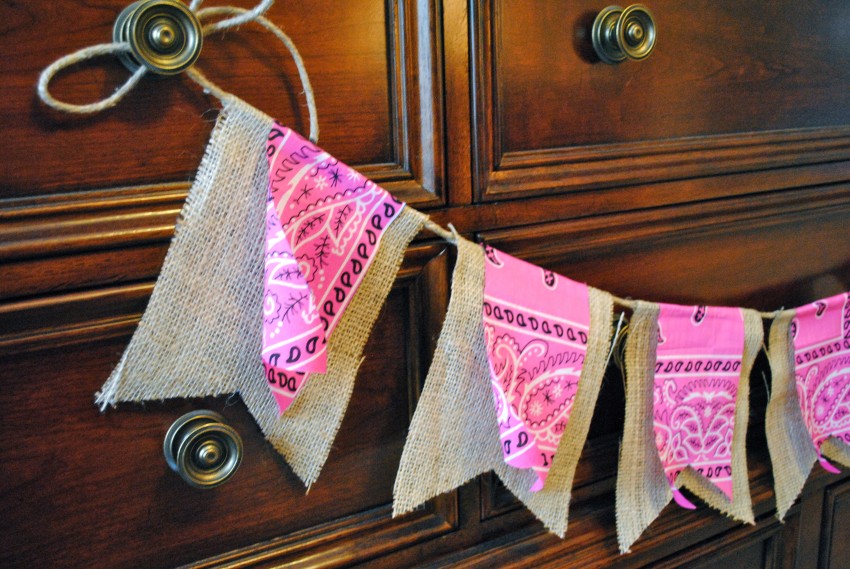 I’m linked to The Celebration Shoppe What I Made Wednesday Link Party.

This is a sponsored post. Double the Fun Parties may have received payment, trade and/or products in exchange for promoting. I only suggest products to you that I’ve used and love.