No matter which singing competition show your family favors, this party from Pat of Zperfect Party would surely be a hit with the under-10 set! Pat created this Pop Star Diva Party for an energetic 8-year old girl who wanted a party that would mimic her favorite Idol TV show and include all-star treatments for all the girls. Translation: hair, make-up and nails for every girl was a necessity!

Pat’s party just makes me smile! You know I love any party that puts as much focus on the kids having FUN as it does on a stunning dessert table and decorations. And this party looks like a blast — I want to go! (And count those girls: 1-2-3-4-5-6 — a totally reasonable number of guests and NOT the whole class. Way to go mom!) 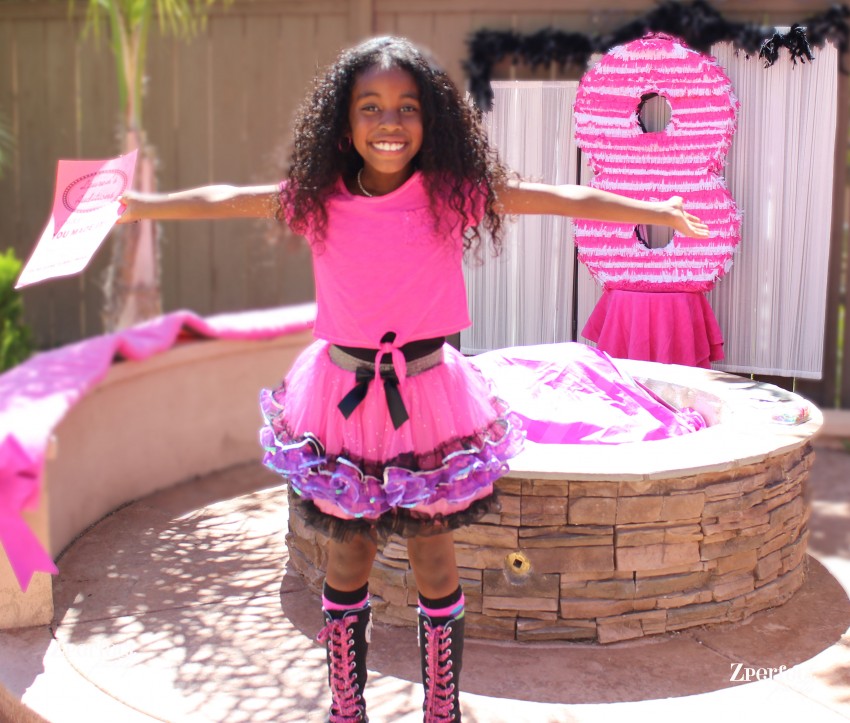 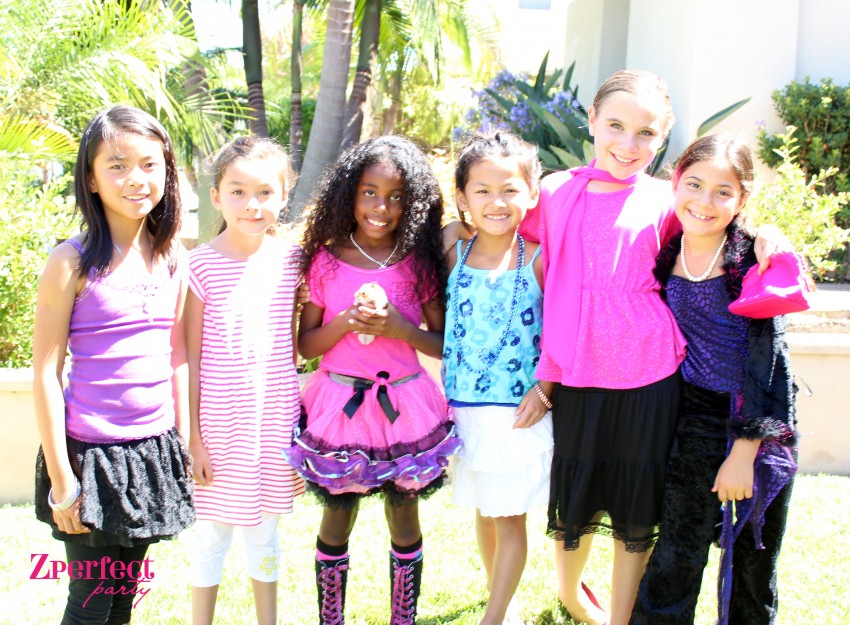 The girls were announced into the party scene one-by-one with the “Who’s Going to Hollywood” screech and ticket in hand for a photo shoot. Our finalists circulated into different stations for hair, nails, make-up and photos. My two would have eaten that up! 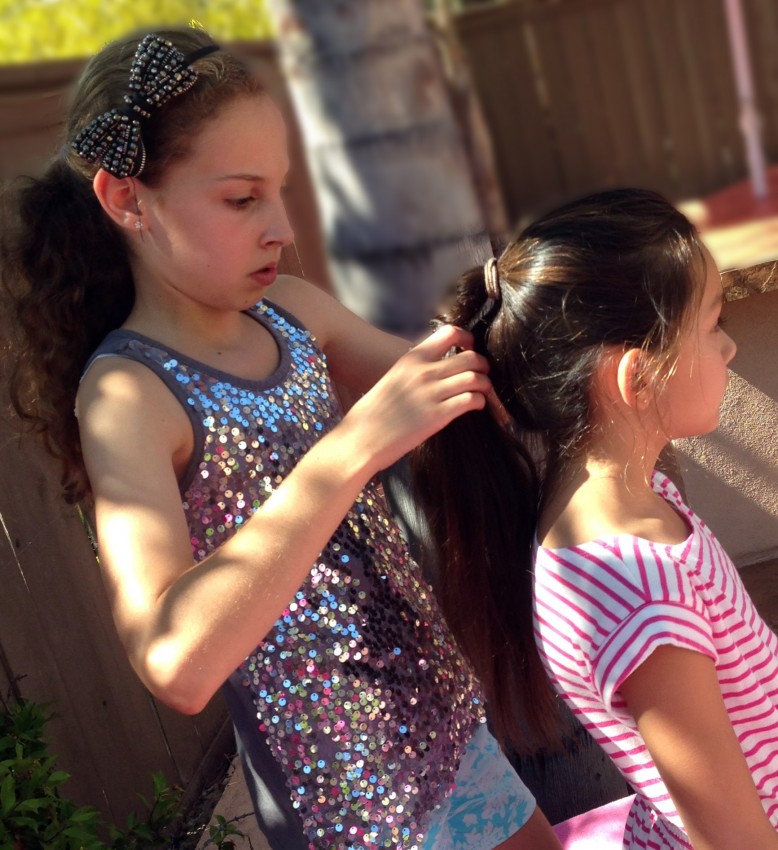 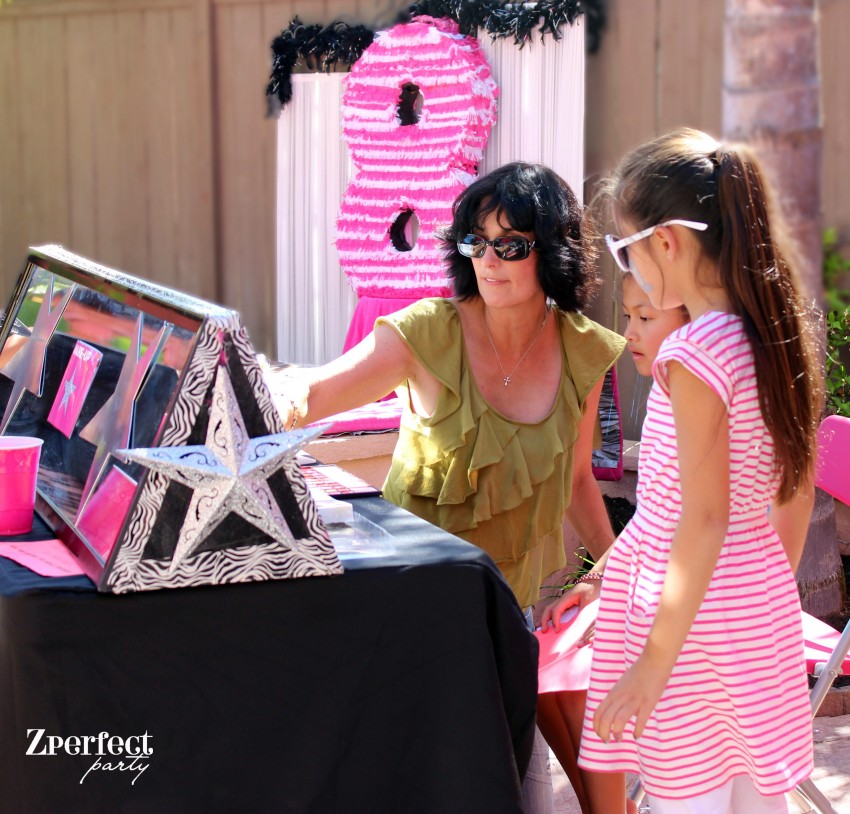 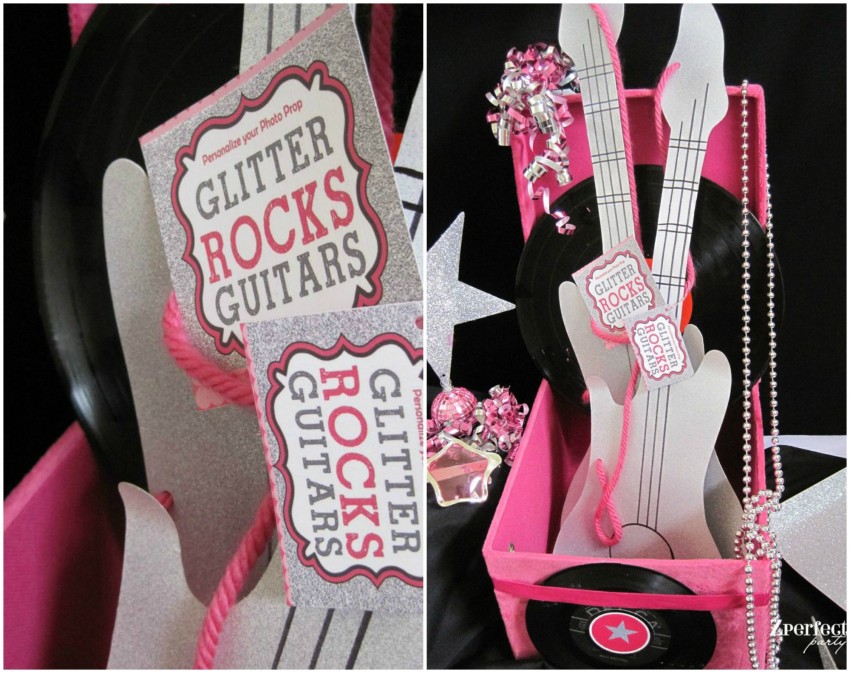 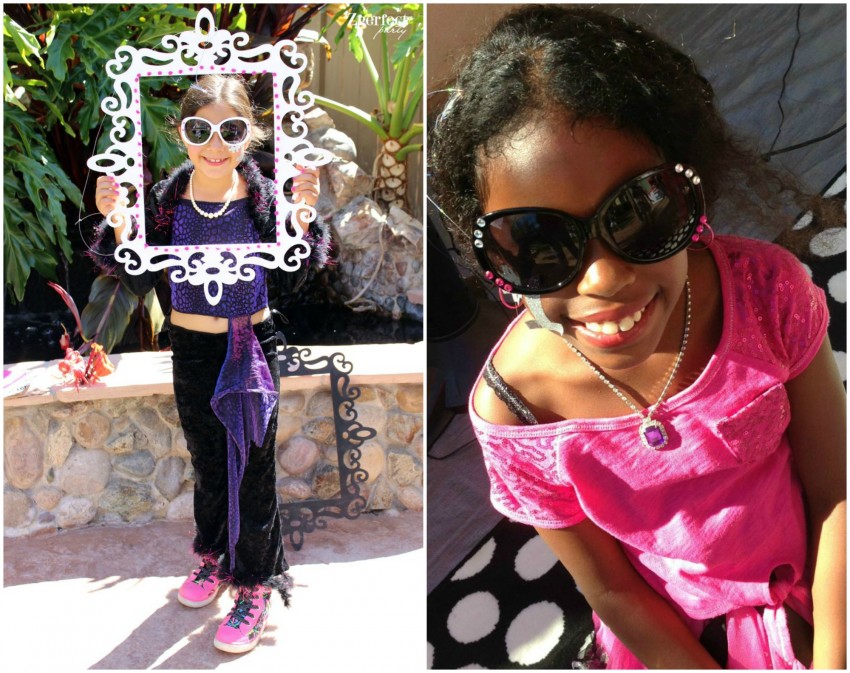 The party also featured rhinestone craft activities such as dolling up their sunglasses and an open mic with a teen idol to assist. 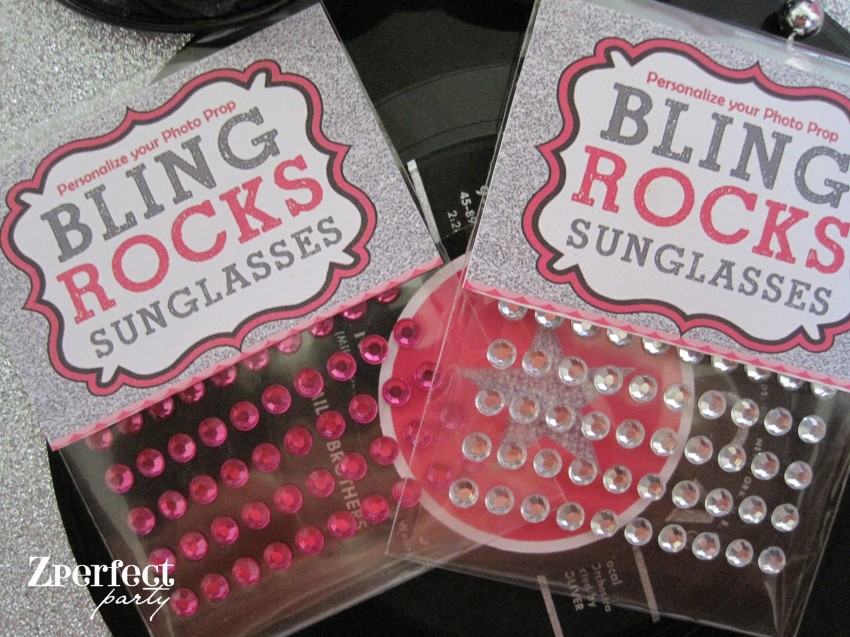 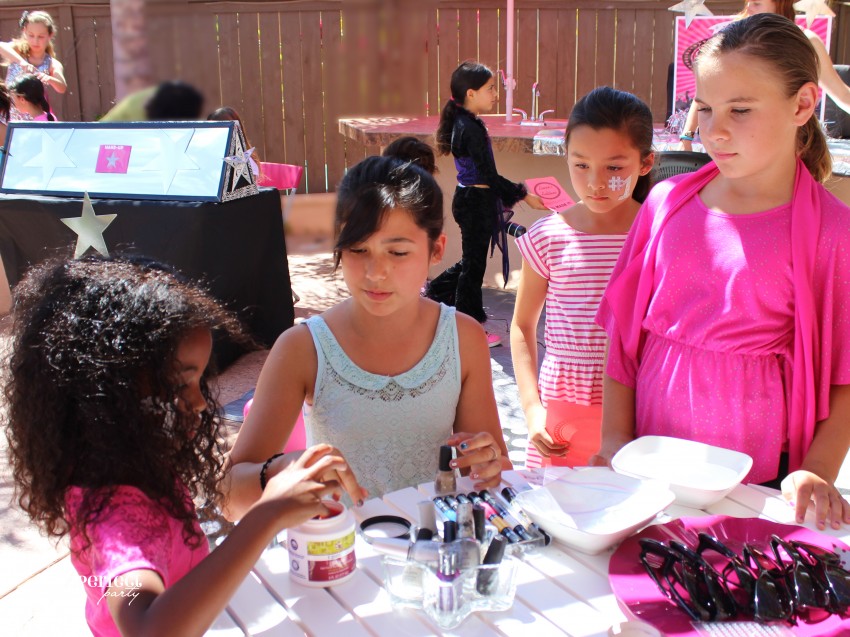 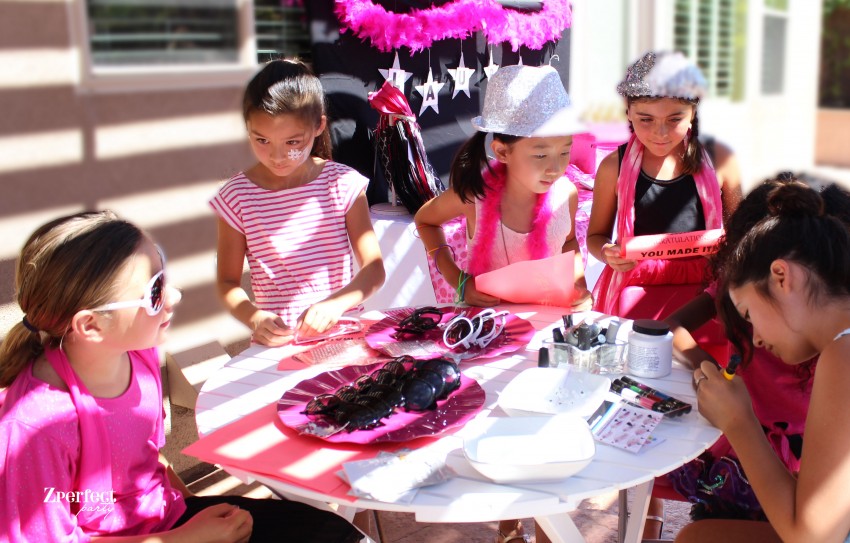 Teams of three girls participated in a Karaoke Finale with everyone performing the birthday girl’s favorite Taylor Swift song. The big brother judges were the hit of the party with great and positive comments for all. Laughing out loud now — what GREAT sports were those boys!! 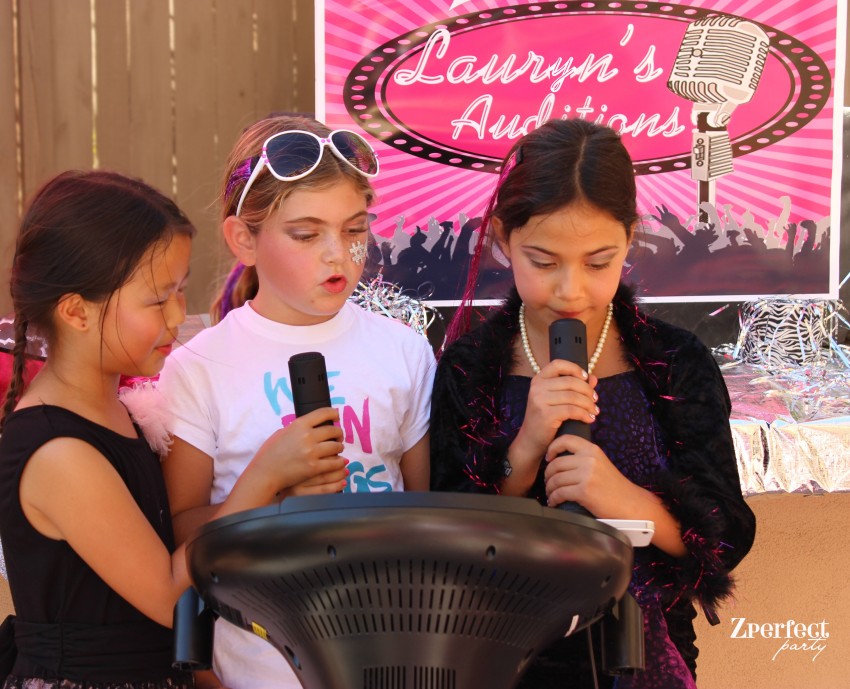 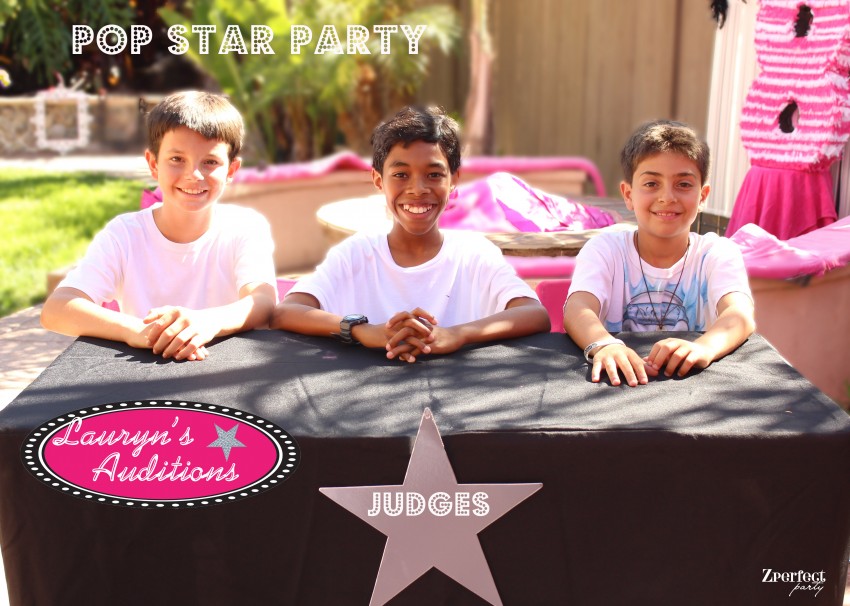 Inside, the dessert table also rocked. Pat decked it out in pink, black and silver. Bling and disco balls earned high marks from the judges. 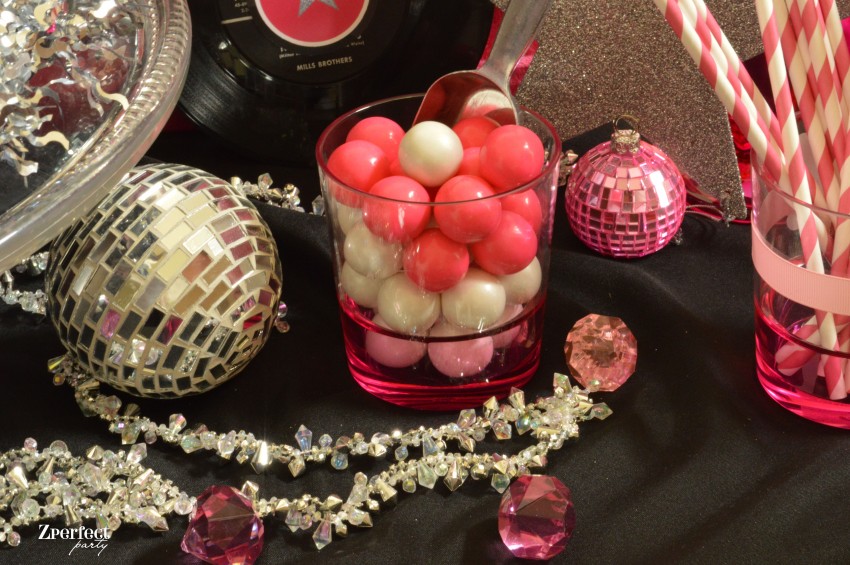 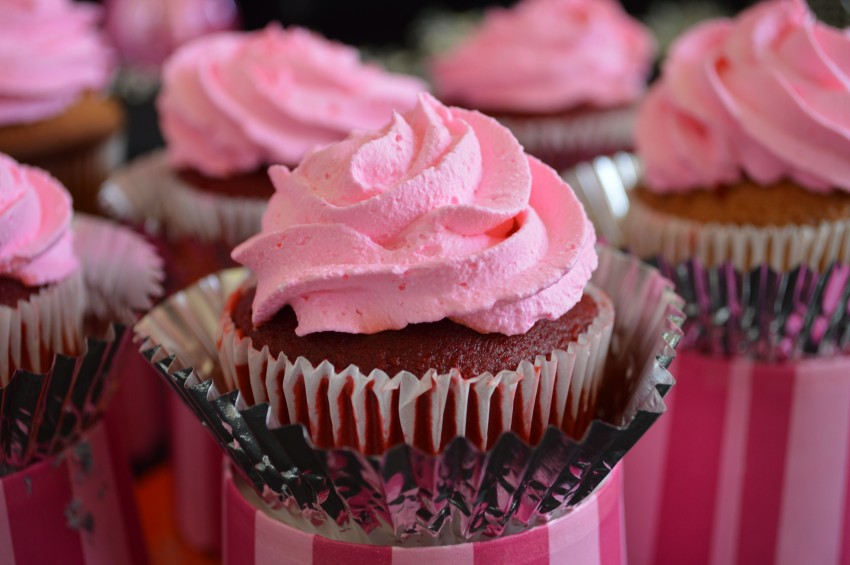 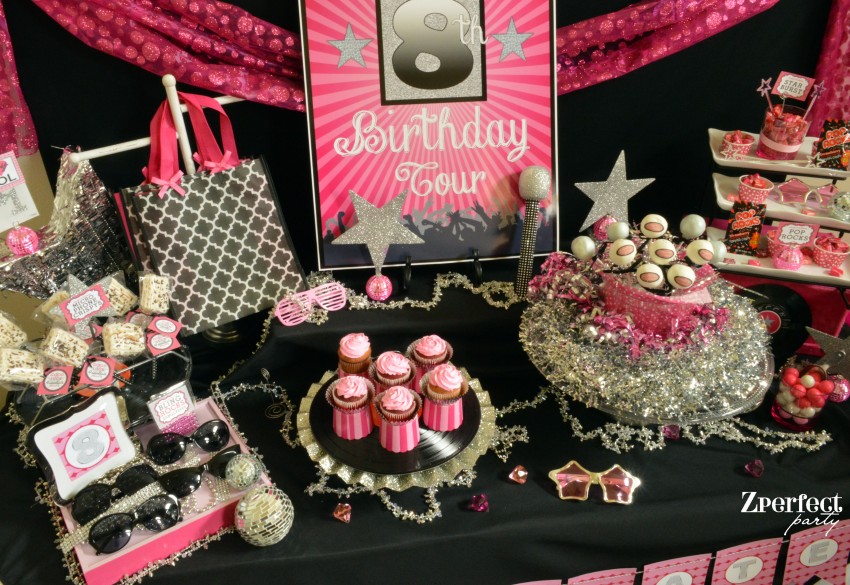 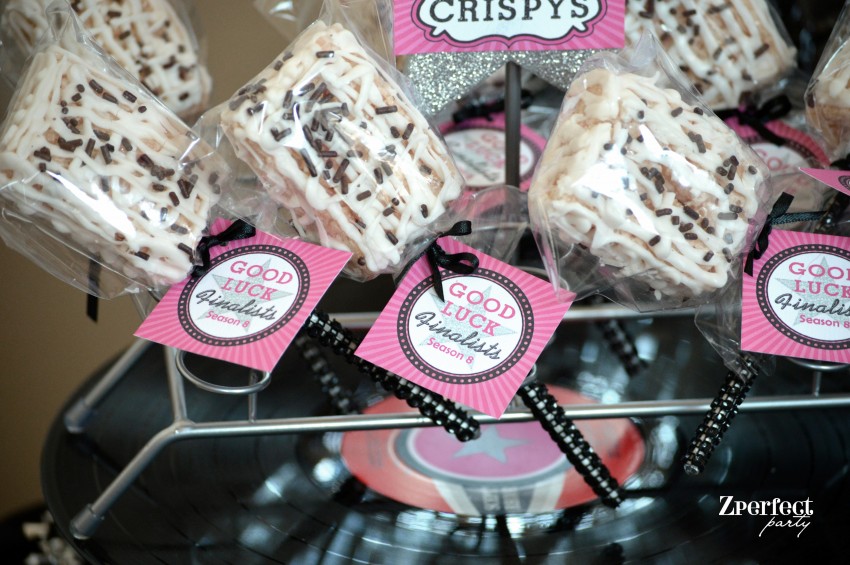 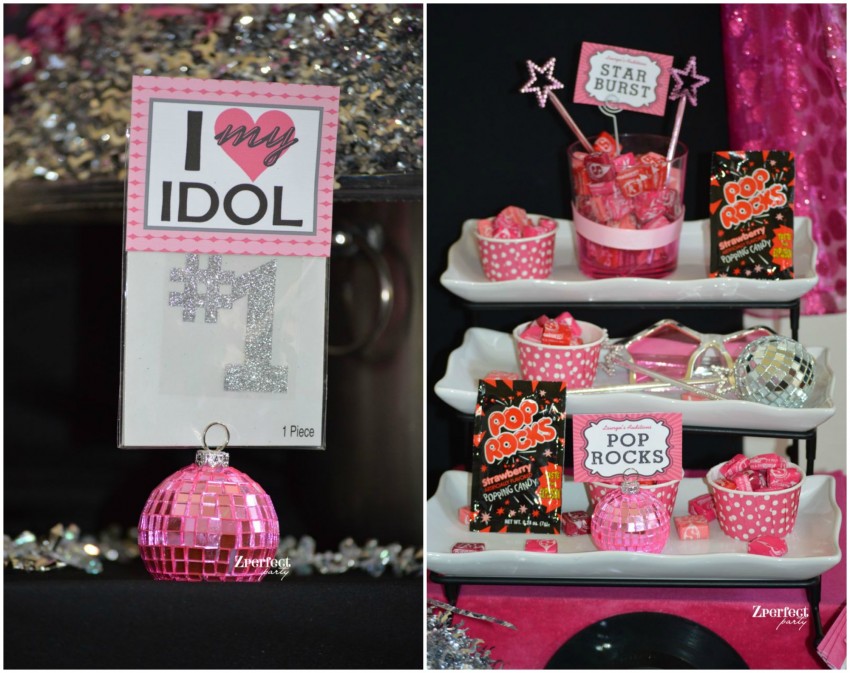 All girls received participation trophies and swag bags. The party ended with the breaking of the extra large number 8 pinata. 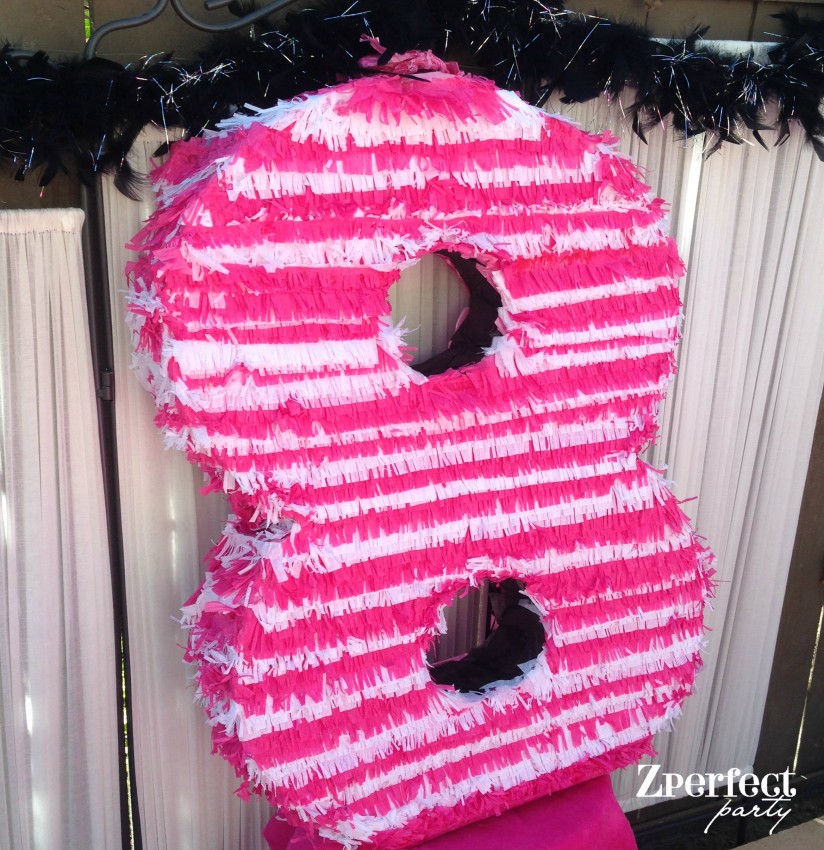 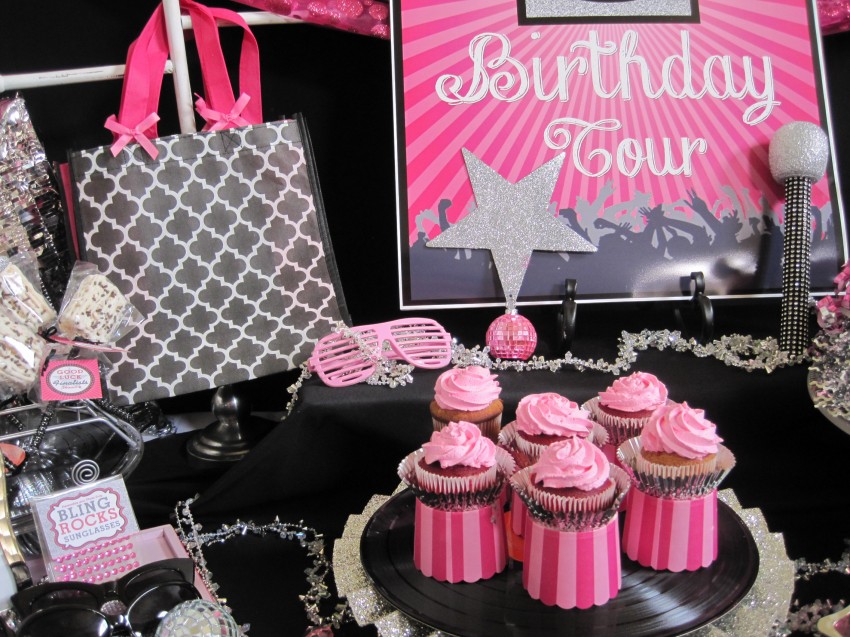 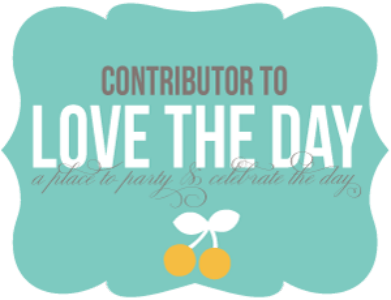