My Parties: How to Plan a Dinosaur Baby Shower

Back in February, my sister-in-law Kathy and I were honored to host a hearts and doilies bridal shower for our nephew Eric’s fiance, Ashley. Eric and Ashley are now married and expecting! So Kathy and I teamed up again and hosted a dinosaur baby shower this past weekend. We had a roar-ing good time!

Ashley and Eric are expecting a little boy, Peyton, and have decorated his nursery in a dinosaur motif, hence our party theme. It was so fun to do a boyish party! I do custom party plans for boys all the time, but I don’t usually get to bring them to life. Today, I thought I’d walk you through the party planning process and how to plan a dinosaur baby shower.

My first party planning stop was Chickabug. Heather designs the most darling printables and has such a great feel for little ones, that I knew she’d be a great choice to design a dinosaur theme. Here’s our invitation. (We used Heather’s collection for a baby shower, but they would make great birthday party printables!) Heather and I must have had a mind-meld thing going on because I already knew I wanted to use ferns in the party, and boom — there they were in her invite. 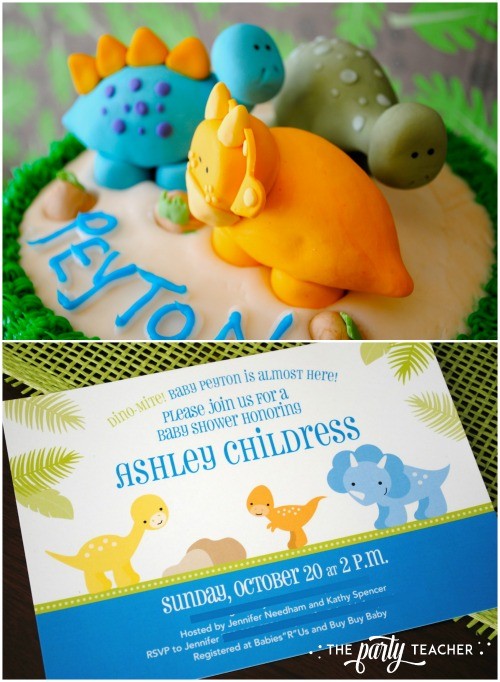 WalMart was my next stop. I know it’s not as fun as a craft store, but WalMart is closer to my house, so I often go there first to see what I can get knocked out. They came through big time with a great selection of fabrics that just begged to be turned into bunting.

The yellow, green, yellow, blue, brown and orange in my bunting may sound like a lot of colors in one palette, but I think they worked. One reason why is because for everything other than the printables and the bunting, I focused on just three colors: green, yellow, and wood tones. (OK, maybe wood tones are two colors.) 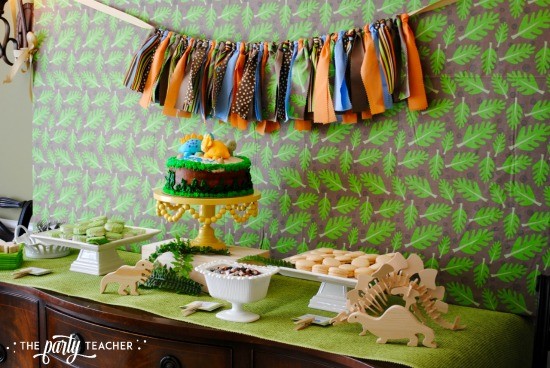 See the green burlap-looking runners? They are actually paper mesh from my local floral wholesaler. (You can find the same products at Mardi Gras Outlet.) The paper mesh was a “wandering around and looking for inspiration” find. This is a slightly dangerous technique. If you buy something that you don’t know how you’re going to use, it might not get used, and then you are out the money. In this case, I literally did not know how I was going to use the paper mesh until two hours before the party. (More on that later!) 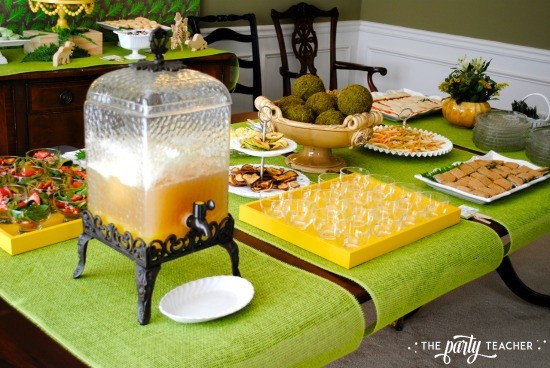 Next up was a fun way to spend an evening: cruising Etsy. I like to find something entertaining but not demanding to watch on TV (can you say Dancing With The Stars?) and then put in a super-broad search term — in this case, “dinosaur party”. That will get you a ton of results, but the benefit is that you find things you never would have thought of — like wood dinosaur toys that I could use as party decor. After I feel like I’ve seen a good assortment of ideas, I narrow my search terms: dinosaur cookies, dinosaur toys, dinosaur fondant — you get the idea. 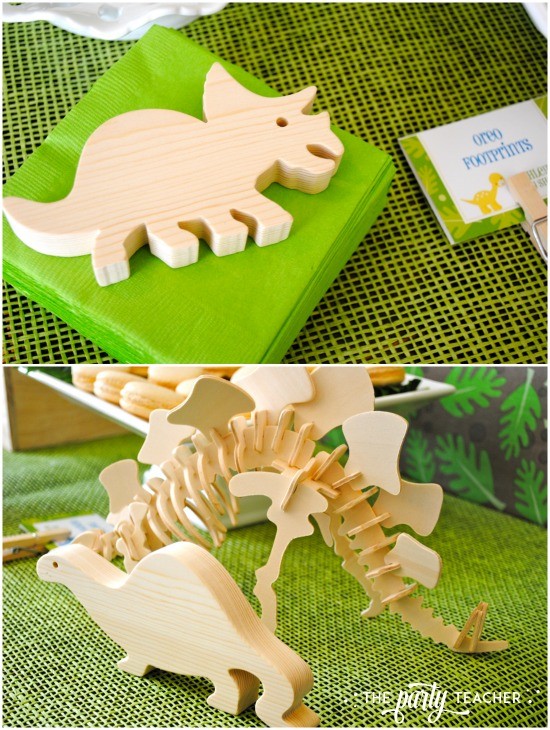 Finally, I turned to a book about dinosaurs that my daughters already owned. The book helped with a final sweep of ideas — a “what else cute am I overlooking” kind of step.

At that point, I cruised Pinterest. I really like to save this step til the end because I want to come up with my own ideas. Sometimes Pinterest is a little depressing because you realize that your brilliant idea has already been done. But if you’re just hosting a private party, march forward. Dinos and this color palette? It’s been done. Dinos and ferns? It’s been done. But no matter what you’ve seen, you can put your own spin on it.

Next Step: Now What?

So at this point, I had ferns that used to be part of my living room decor (use what you have!), green paper mesh, fabric bunting, and great printables. How to put it all together? Northwest Toy Crafters helped drive that decision. Their bare wood toys were so charming, I bought four and used them on the dessert table. That led me to other bare wood that I already had: clothespins for the buffet labels and a pair of wood boxes I found in the Target dollar aisle over the summer. Then I found 3D dinosaur puzzles on Amazon and got really ambitious. (I gave up after putting one together!)

But, if you follow me on Instagram, you know that the real party design didn’t start until Saturday late afternoon. That’s when I finally decided on how to dress the dessert table backdrop — using just what I had on hand. (Here is the backdrop tutorial.) And that’s when I got the fern door wreath made. (Here is the wreath tutorial.) 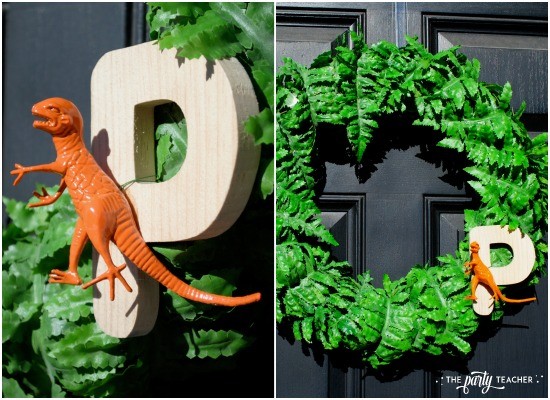 For dessert, I served:

My daughters’ dino book helped me come up with buffet labels:

The dino bones are super easy to make and you can find recipes on Pinterest. But all you do is stick mini marshmallows on either end of a pretzel stick, melt white chocolate chips (thinned with 1 teaspoon of canola oil), and then use a fork to dip the “bones” in the chocolate. Let them dry on parchment paper. 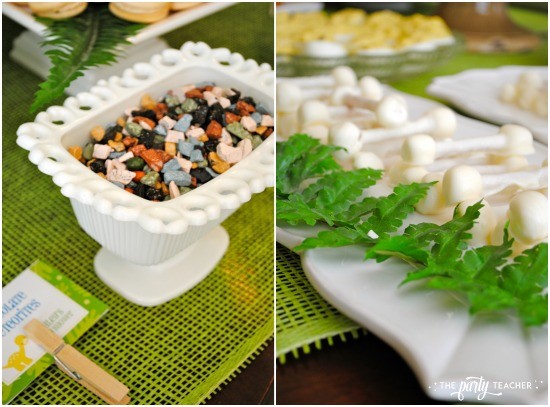 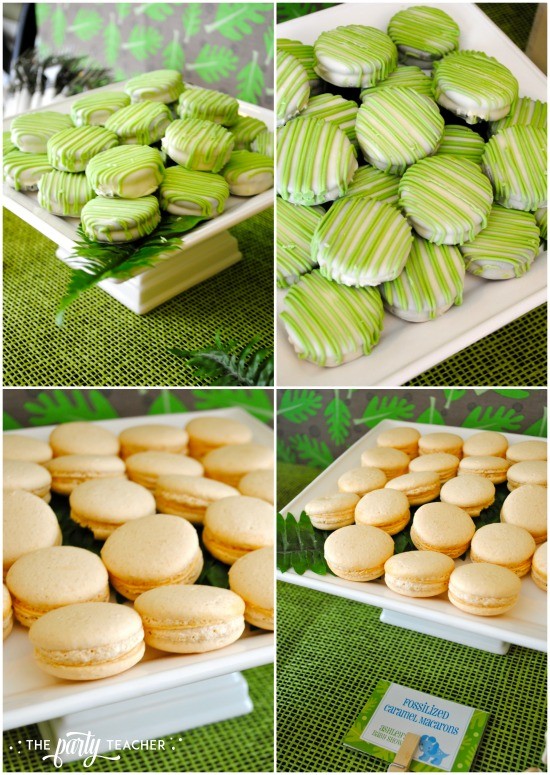 My Etsy search is also how I found the three cake-topper dinos — I love them! Could not believe that they matched the Chickabug printables so perfectly. Sweet Touch Decor did a great job with these. The cake is another Target bakery special order — just $15! 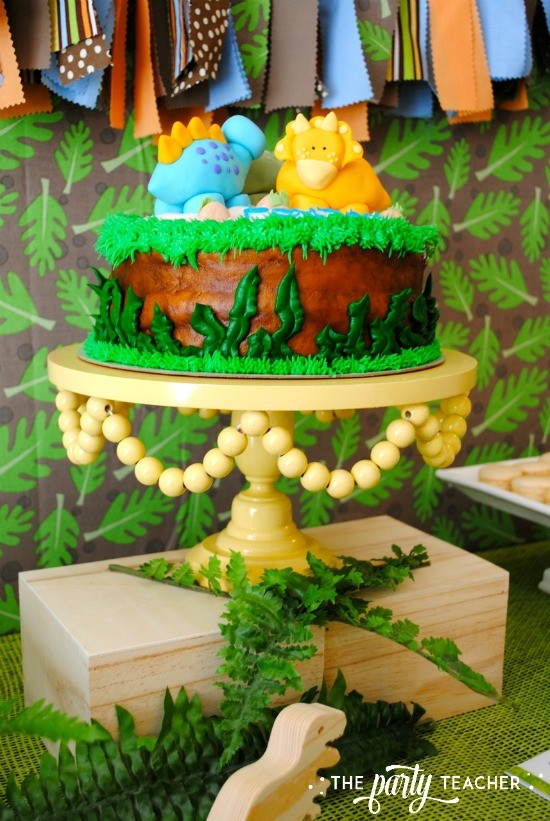 For the non-dessert food, I served three types of sandwiches and a variety of other goodies:

Here are my buffet label names for these — I always have the hardest time coming up with cute names, but the dinosaur book helped with inspiration:

I also meant for there to be Molten Lava Brie, but time did not permit. And that’s because … it was noon before I was finished setting all the party spaces and I still hadn’t started on the food! Yikes! This is why I always try to set up my spaces the day before a party. It was a race to the finish with Kathy and the girls and I making sandwiches and plating them on more ferns. Whew! I was glad to sit down when the party started. 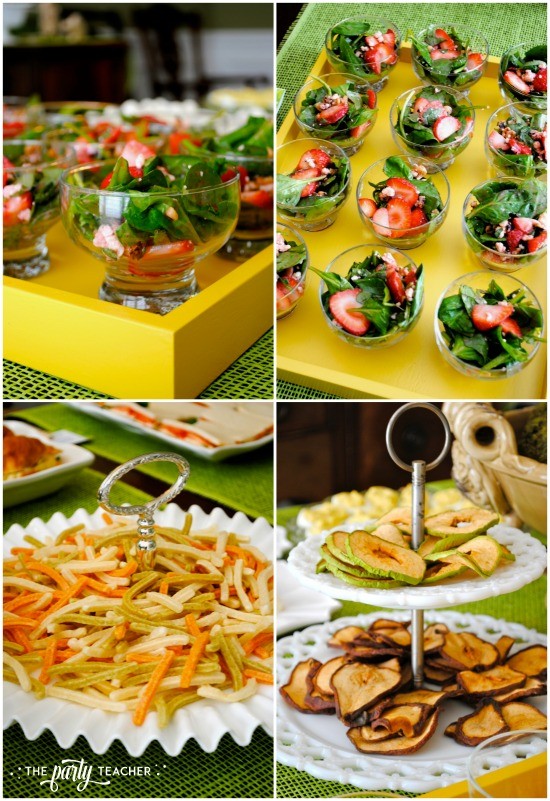 I bought a dinosaur book for Peyton and we used it as a guest book for the party. The light was not my friend in this part of the house so I didn’t get great photos. But, you can see that I used our CD cabinet and just popped in four white curtains on tension rods to calm down that backdrop and allow me to hang a banner from Chickabug that read “Peyton.” 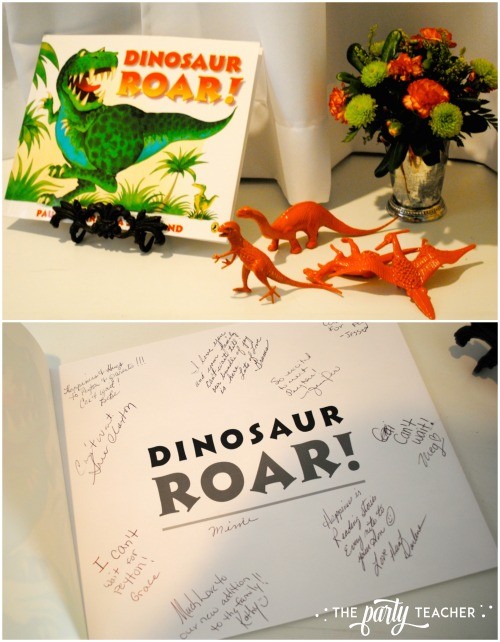 Kathy had the idea for our party game. Each guest cut a length of ribbon — the amount they thought it would take to get around Ashley’s belly. Whomever came closest got the prize — which was just a little something more for Ashley. I hadn’t heard of a game where the winner forked over their prize, but thought that was a great idea. And since we also had party favors, no one went home empty-handed. 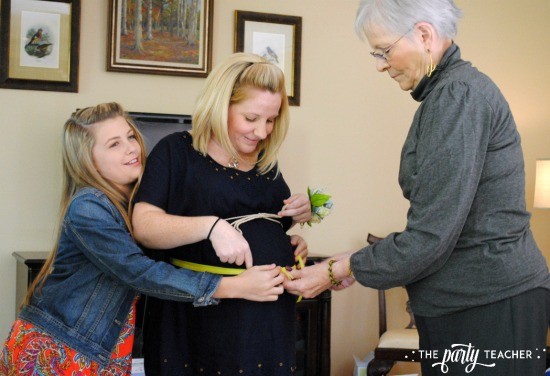 I promised you more on the problem of Pinterest: sometimes you find a great idea, but you can’t track back the originator of the idea. Like the painted toy animals I used on my wreath and favor boxes. I wish I could tell you who first came up with this, but I can’t find the source. Maybe House to Home? If you know, please tell me and I’ll update the post with the proper credit. 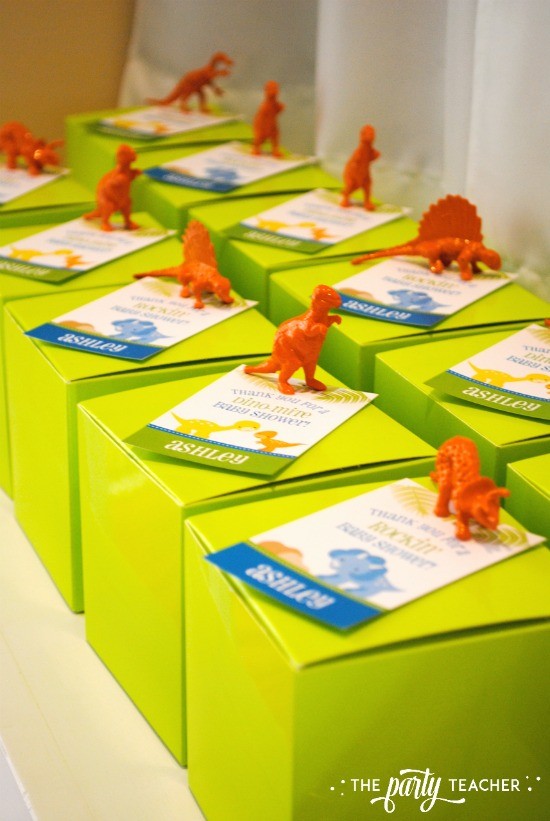 Anyway, these were too cute not to copy. I got my animals at WalMart for about $5, and Krylon spray paint with built-in primer for about $6. It definitely takes some patience to go through all the light coats of paint you need. I attached the Chickabug favor tags with double stick tape and the dinosaurs with E6000 glue. The actual favors were $1 scented candles in a jar from WalMart. I just chose them based on party colors. 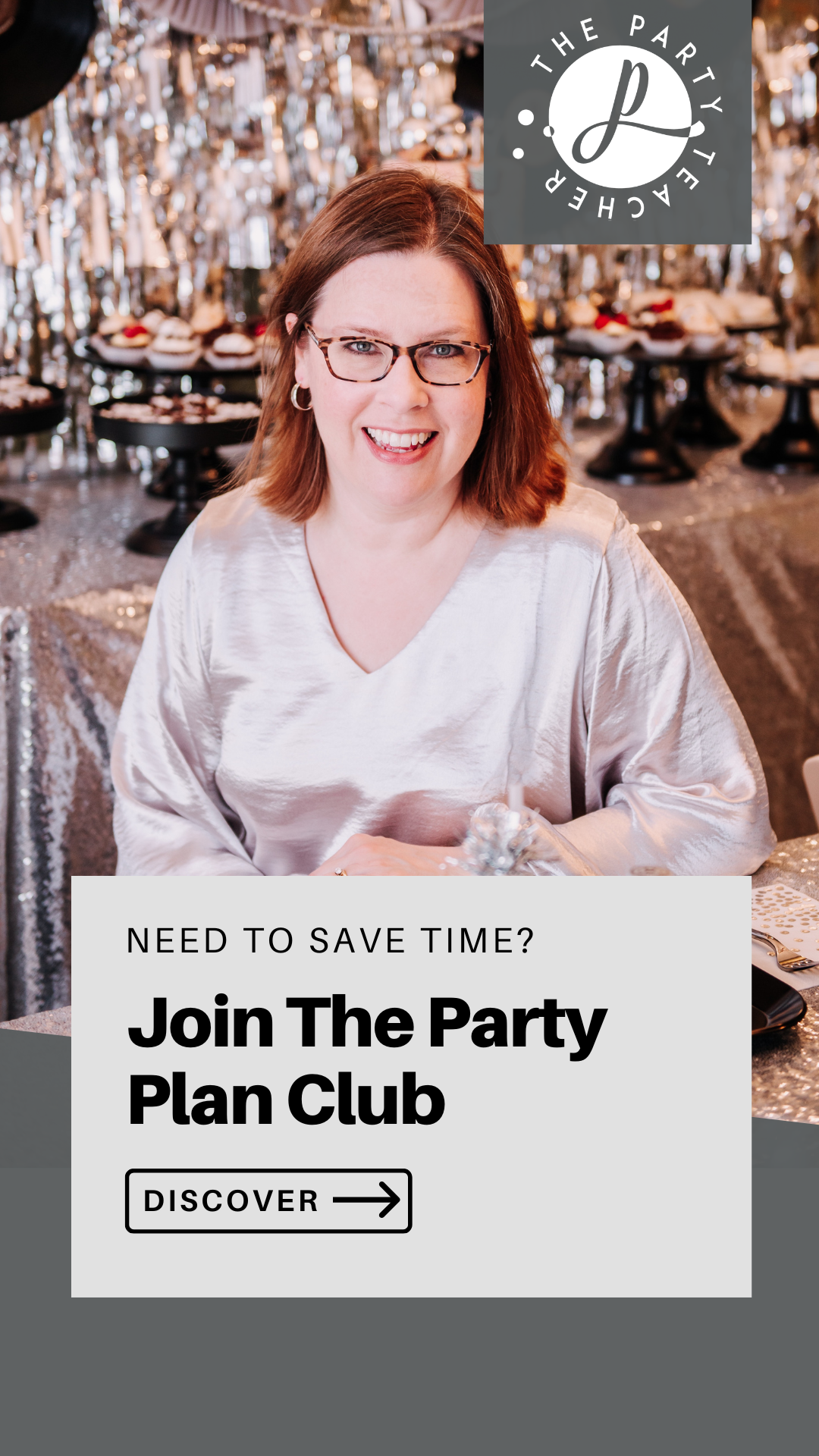 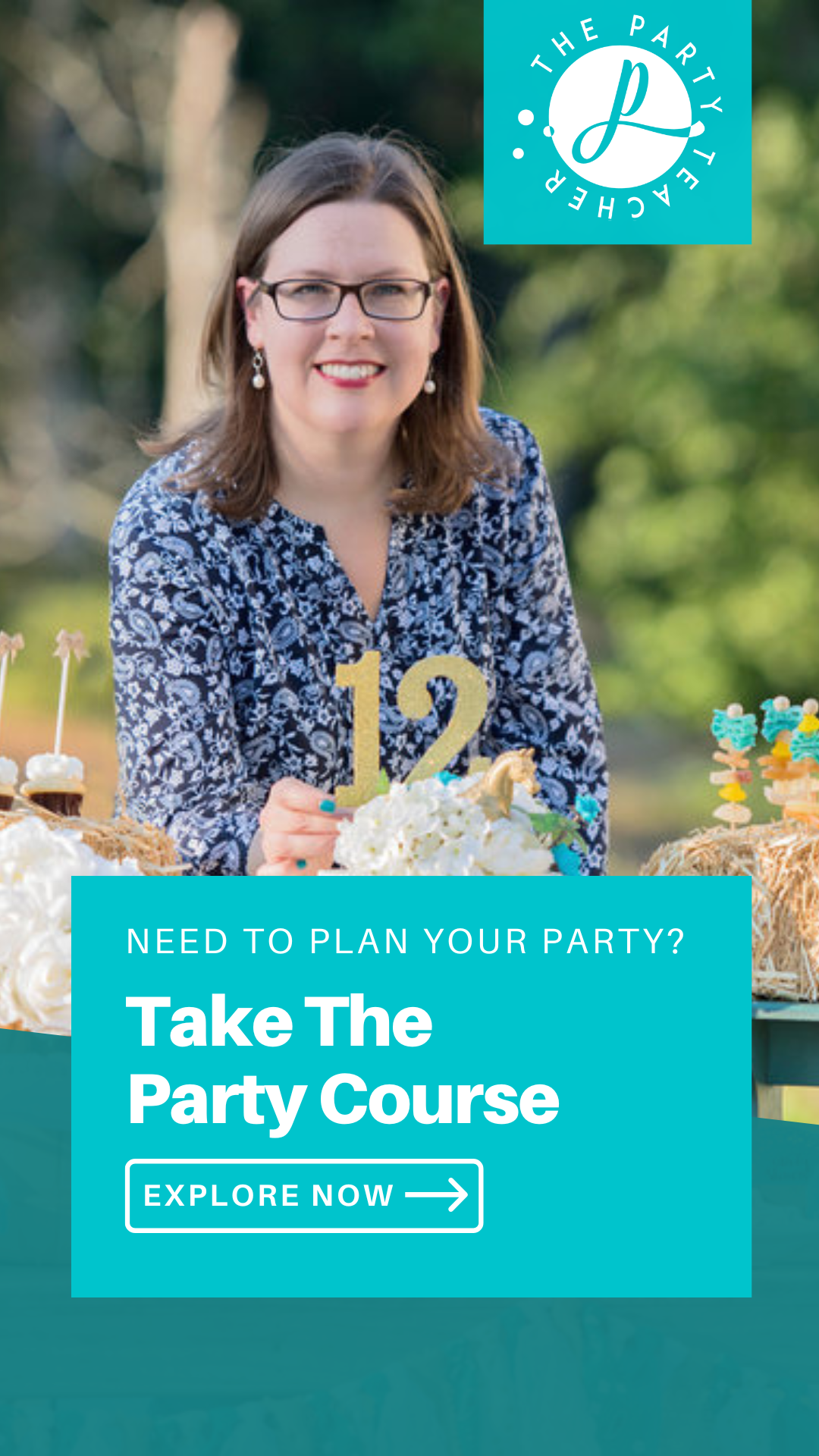 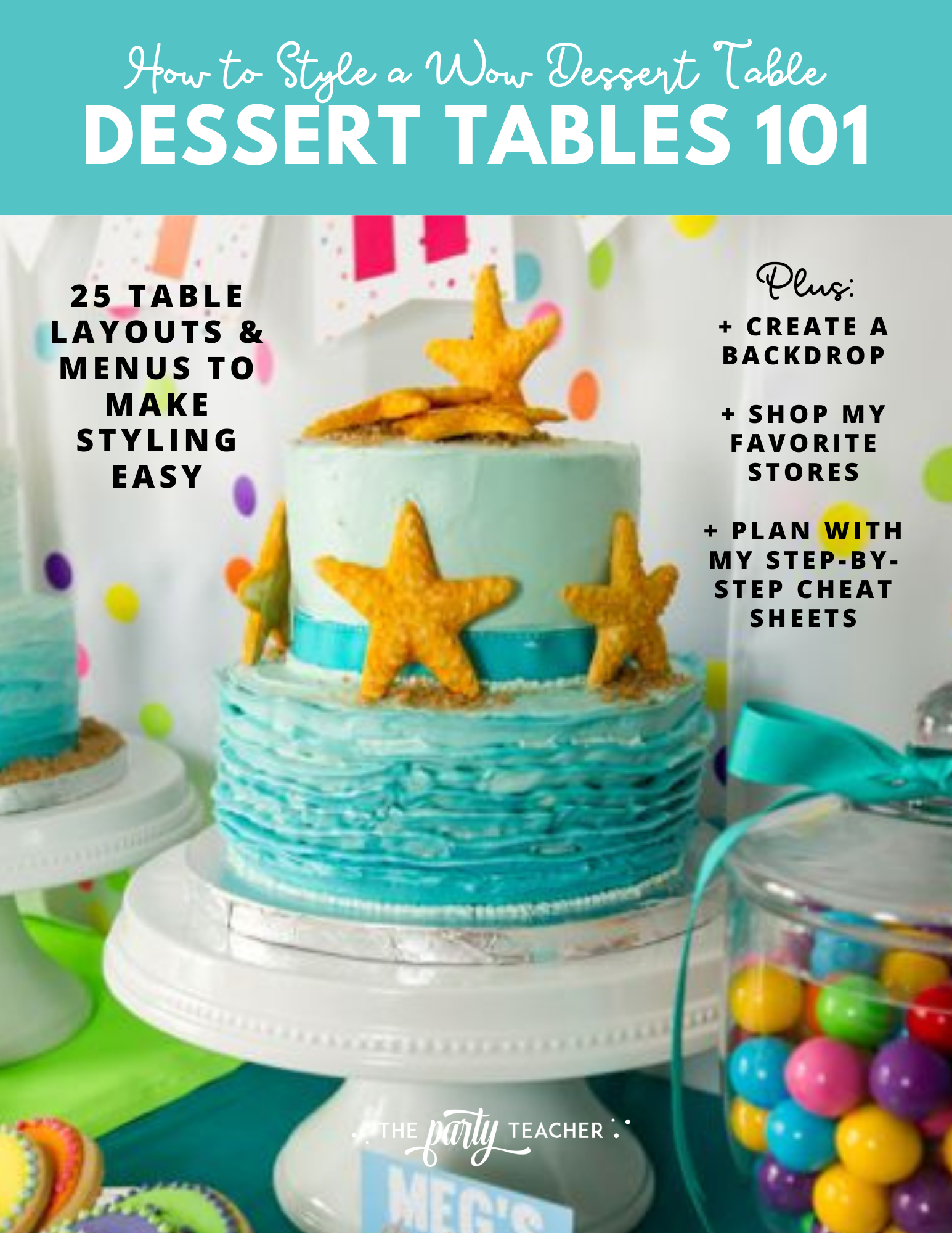 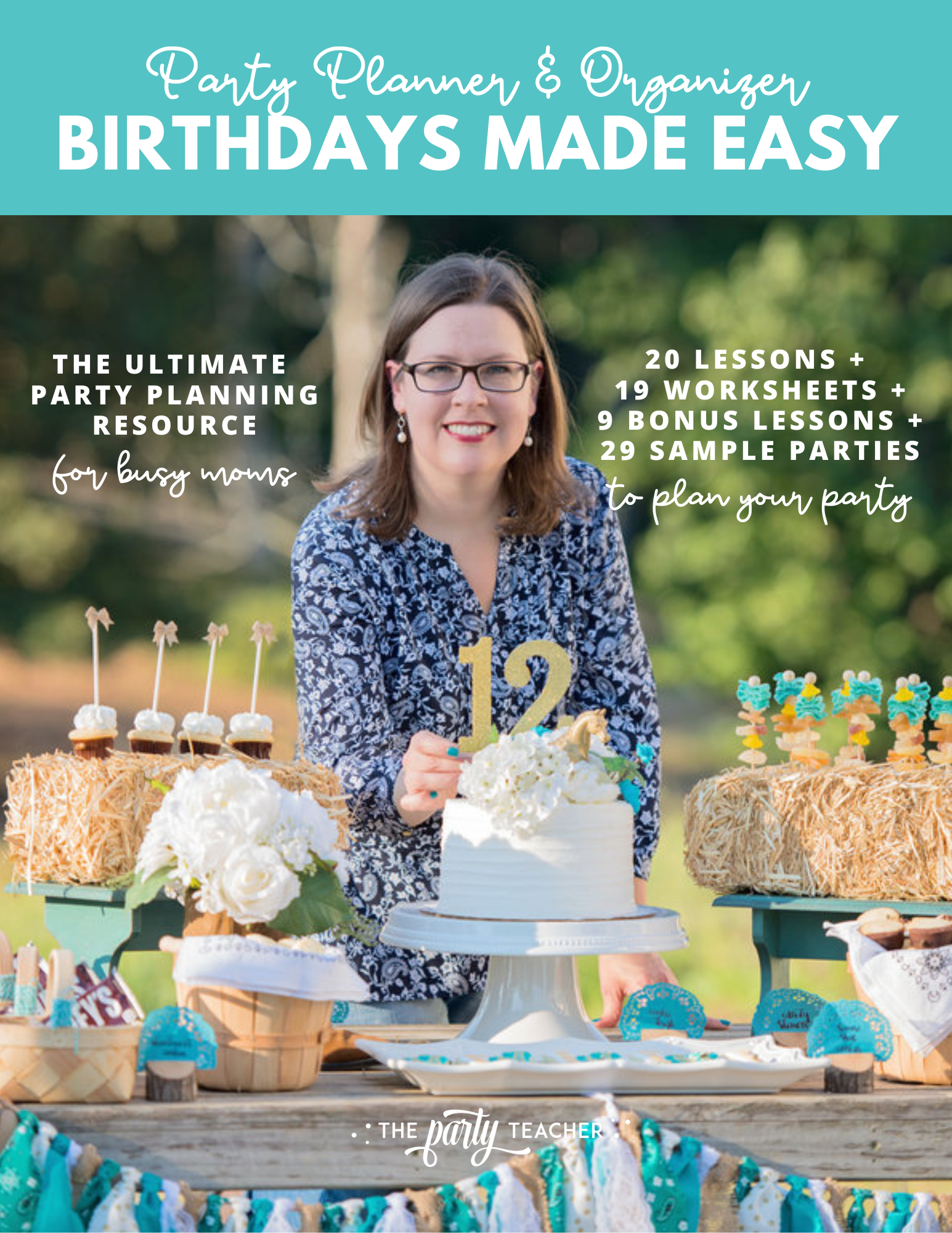 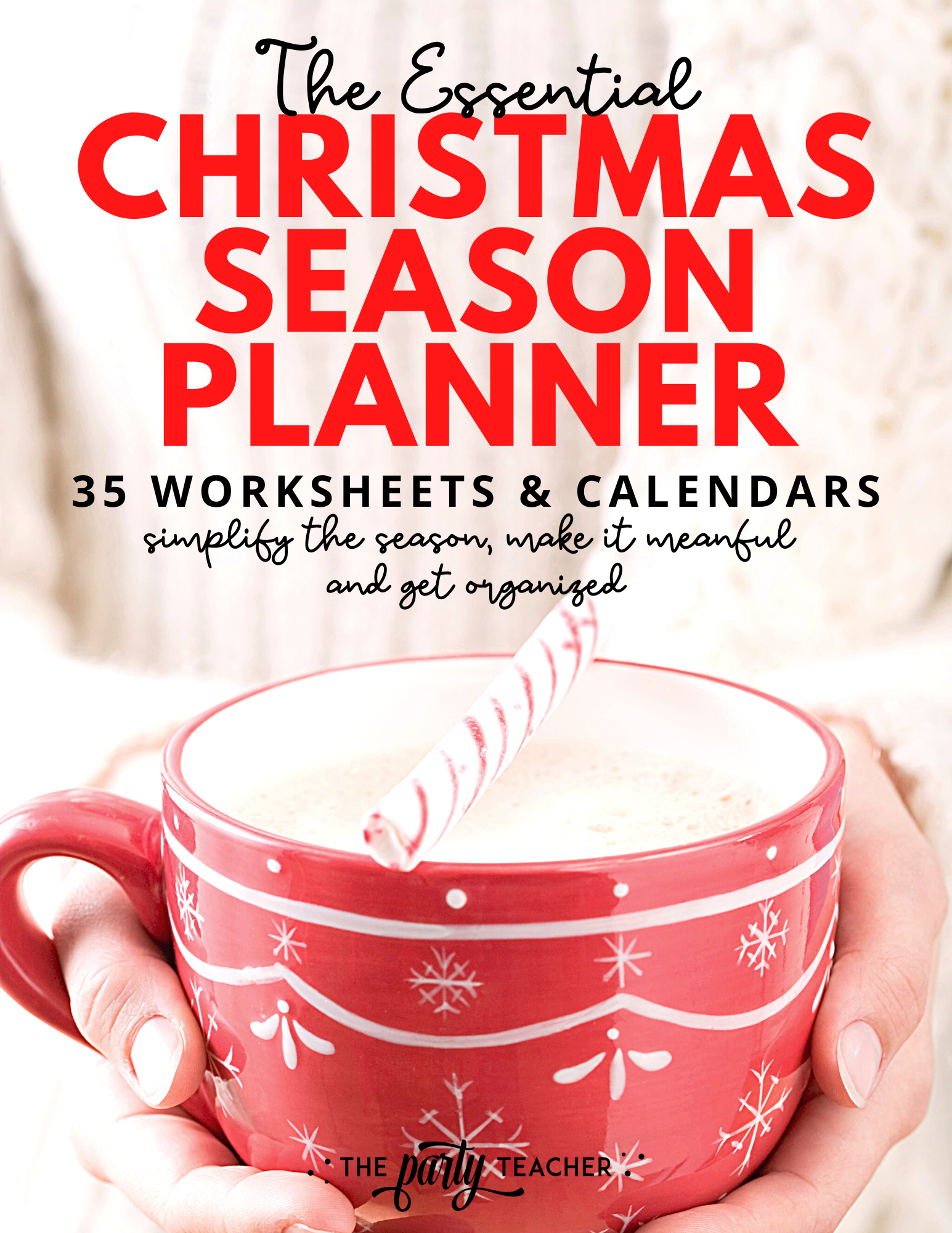