During the Olympic Opening Ceremonies, my family had a picnic on the living room rug. But Sarah of Brown Paper Goods celebrated in style with family and friends and is sharing her party with us! Sarah designed the printables in Olympic style. 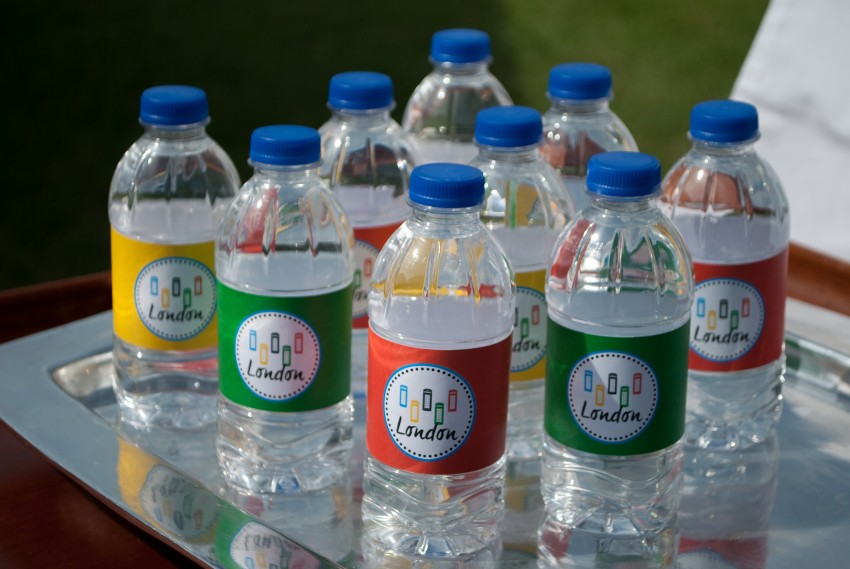 Sarah says, “This was a small family and close friends party at our home. We knew we were all getting together to watch the opening ceremonies and let the kids swim, so I thought it would be fun to make some cupcake toppers and have a few activities.” Of course, not every occasion has to be a party, but I think it’s fun to sometimes make an event a little more special, like Sarah did. 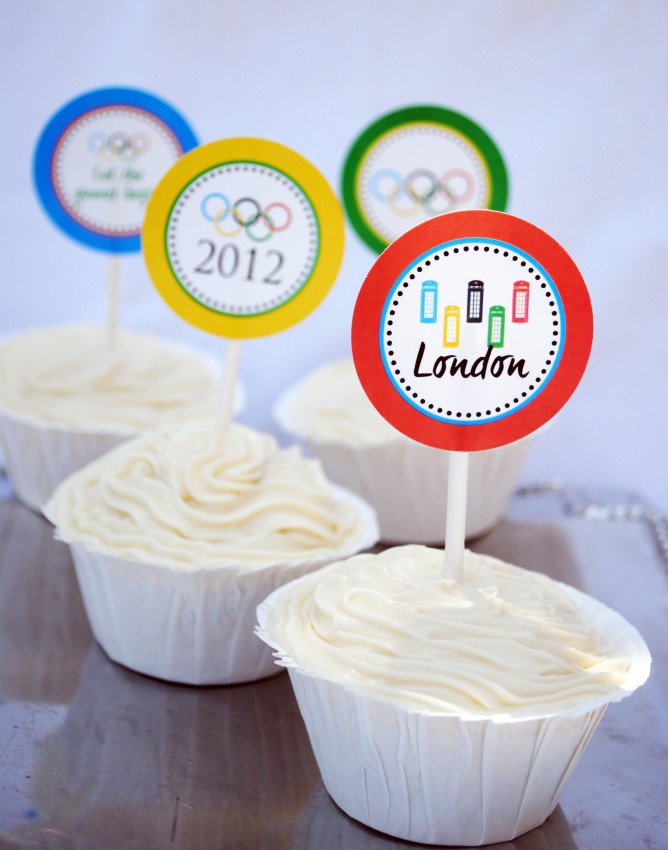 Sarah guided the kids in making Olympic torches out of paper. The children had relays with the torches in the yard before dinner and the rest of the evening in the pool, perfecting their Olympic performance dives. 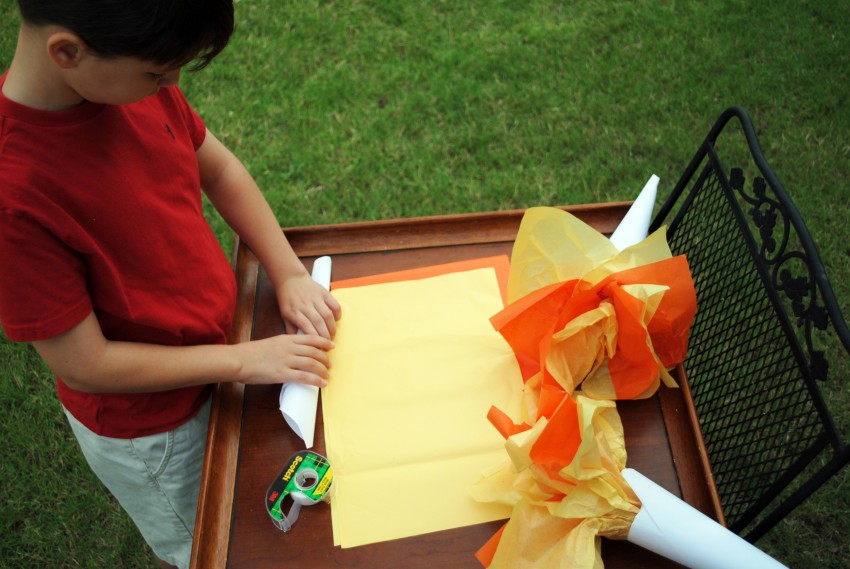 Sarah says, “I also made some torch snacks out of popcorn (with cheese flavor added, for the flame) and a cone for the base of the torch.” 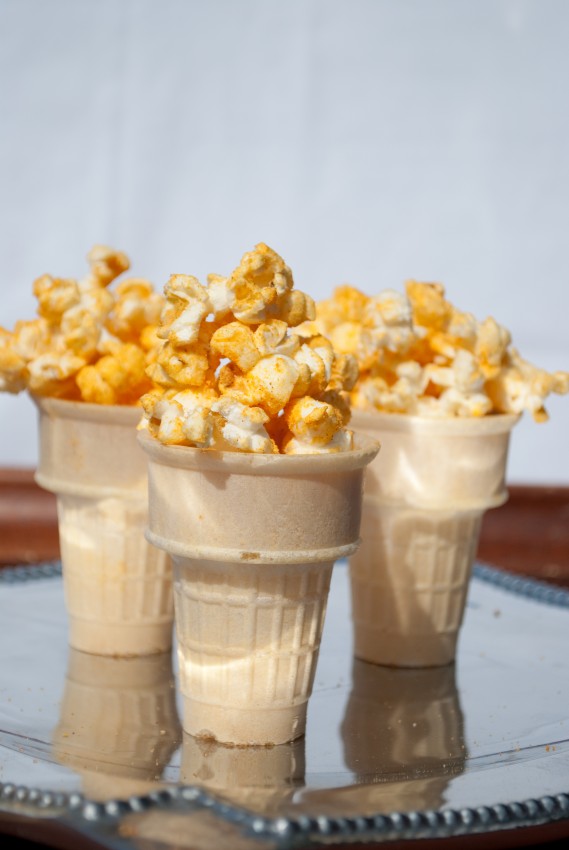 At the end of the evening, each of the cousins and friends went home with a bag of gold… Rolo’s tucked in a bag, with a “Go for the Gold” tag. She says, “I only got a picture with two of the goodie bags… the kids tore into them rather quickly!” 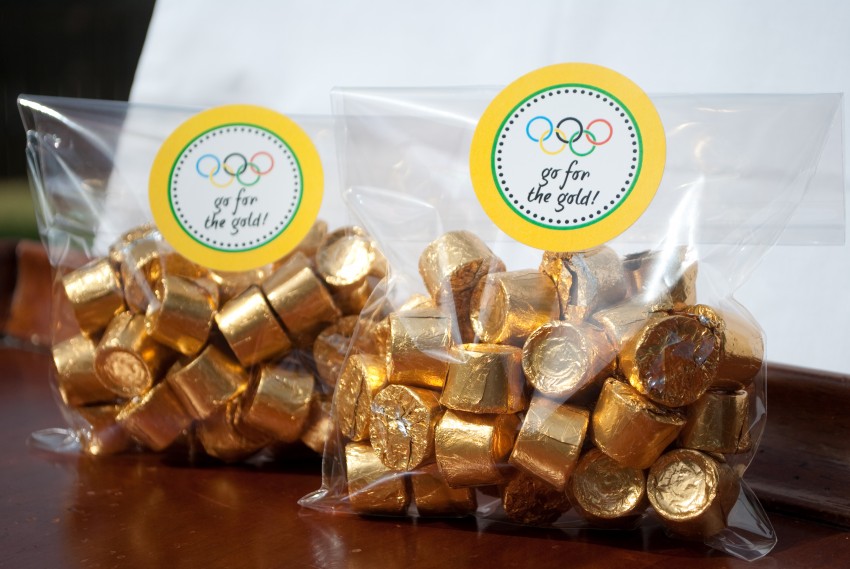 It sounds like such a fun way to catch up with friends and watch the Ceremonies!